Yesterday, the US core retail sales and retail sales reports came out very positive surpassing expectations. Retail sales increased to +0.7%mom compared to previous +0.3% mom and Core Retail Sales m/m increased to +1.0% mom compared to previous +0.3% mom. Evidence that the economy is still expanding gave confidence to stock markets to regain some of the ground lost in previous sessions. Also, the upbeat retail sales report along with positive Inflation data released in the previous days, took some pressure off the Federal Reserve to cut more aggressively. The news boosted the USD. The largest retail seller in the US, Walmart Inc. made the best of its earnings release yesterday, when it announced an increase of its U.S. comp sales by 7.3%, which is the strongest growth in more than 10 years. Walmart Inc. revenues increased by $2.3 billion, or 1.8% adding to a total revenue figure of $130.4 billion.

New action in the Strait of Hormuz

On Thursday, Gibraltar made the decision to free a seized Iranian oil tanker. Immediately, US officials made requests for the detention of the vessel, as they claimed the ship was helping Iran’s Islamic Revolutionary Guard Corps, which Washington called a terrorist organization. On the other hand, Iranian officials described the situation as “Piracy.” A possible tanker swap between Britain and the Islamic Republic would be the best case scenario. Yet, if this does not happen, things could get worse as the harsh stance the US keeps against Iran seems non ending, and the Iranians maybe eager for further revenge. The security at the Strait of Hormuz has become number one priority for everyone but the site still remains stressed and tensions could occur. Oil prices could be affected on further updates. 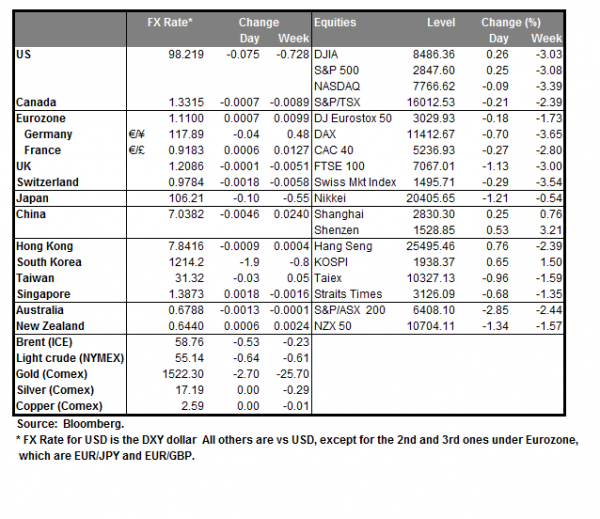