The British Pound traded sideways against the US Dollar, following the UK Retail Sales data release on Thursday at 08:30 GMT. The GBP/USD exchange currency rate gained 8 pips or 0.07% right after the release. The British Pound continued trading at the 1.2085 level against the Greenback.

The Office for National Statistics released the UK Retail Sales data, which came out better-than-expected of 0.2% compared with the forecast of negative 0.3%. 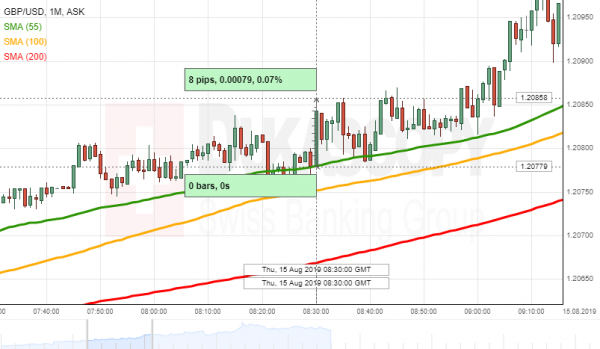 Week Ahead – Can Non-Farm Payrolls Halt the Dollar’s Descent?

British Pound Extends Its Gains In The Morning Session