For the 24 hours to 23:00 GMT, the GBP rose 0.37% against the USD and closed at 1.2522, after the European Commission President, Jean-Claude Juncker, stated that a Brexit deal is possible before the deadline.

The Bank of England (BoE), in its policy meeting, unanimously voted to leave its key interest rates steady at 0.75%, as widely expected. However, the central bank warned that failure to reach a Brexit deal till October end would adversely impact the currency as well as damage economic growth. Meanwhile, the central downgraded UK’s economic growth forecast to 0.2% from 0.3% for the third quarter of 2019.

Data showed that UK’s retail sales advanced 2.7% on a yearly basis in August, following a revised rise 3.4% in the previous month. 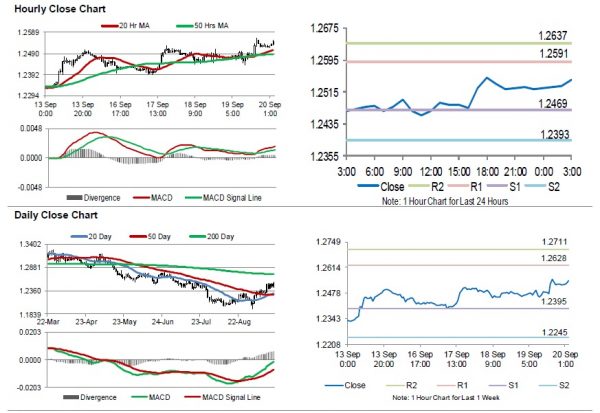