Brexit negotiations between the EU27 and the UK government seem to have broken down; at very best the negotiations are going in the wrong direction and the blame game seems to have started. Late last night, James Forsyth from The Spectator received a text message from a contact within 10 Downing Street (most think the text is written by Boris Johnson’s advisor Dominic Cummings, who played a major part in the Vote Leave campaign ahead of the EU referendum) blaming Ireland for the failure to reach an agreement. The text also suggests that the government will make it clear that any further extension will not be the government’s policy and that Prime Minister Johnson will fight a potential election arguing for a no-deal Brexit. The contact also stated the UK plans to punish EU countries voting for a further extension by ending, for example, defence and security co-operation.

A 10 Downing Street source said that ‘a deal is essentially impossible not just now but ever‘ after a phone call between Angela Merkel and Johnson this morning. The source said Merkel made it clear that Brexit cannot happen ‘without leaving Northern Ireland behind in a customs union and in full alignment forever‘. Some speculate that this is a misrepresentation of Merkel’s position but the German government has refused to comment on this. Nonetheless, the comment from inside Number 10 suggests the blame game for the collapse of the negotiations has begun. Donald Tusk also tweeted that ‘what’s at stake is not winning some stupid blame game’, while hinting the EU27 still does not know Johnson’s intentions. It is normal for negotiations to break down close to the deadline but here it seems pointless to get back to the negotiating table due to the EU27 and UK red lines. The deadline for reaching an agreement is Friday 11 October, according to the EU.

Yesterday, Scotland’s Court of Session dismissed forcing the Prime Minister to comply with the Brexit Delay Bill (see BBC). The judge ruled the government has assured it will obey the law eventually (the law forces Prime Minister Johnson to ask the EU for an extension no later than 19 October in the event Parliament has not accepted leaving the EU with or without a deal). It seems as though Prime Minister Johnson will do whatever he can to make sure extending Brexit is not his idea but he is unwilling to break the law, as some Brexiteers have encouraged. A new poll shows Parliament and Remain MPs will be blamed more than Boris Johnson if Brexit is extended again (see The Telegraph).

Our base case remains another extension followed by a snap election. Unfortunately, it is very difficult to predict the election outcome due to the British voting system. Based on some of the comments in recent days, it seems likely that the Conservative Party will campaign on a hard Brexit agenda to curb the blossoming of Farage’s Brexit Party. This also means that a no-deal Brexit is the most likely outcome in the event of a Conservative win. 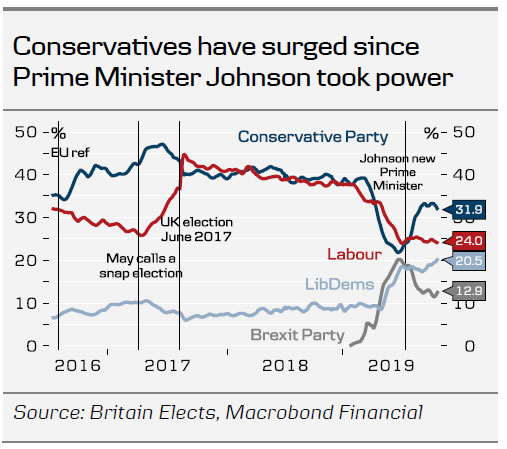 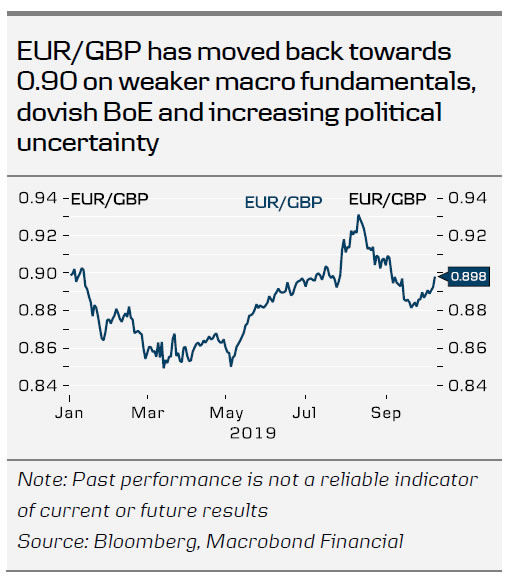 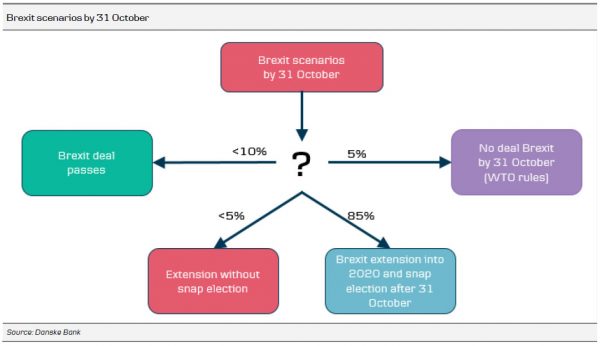 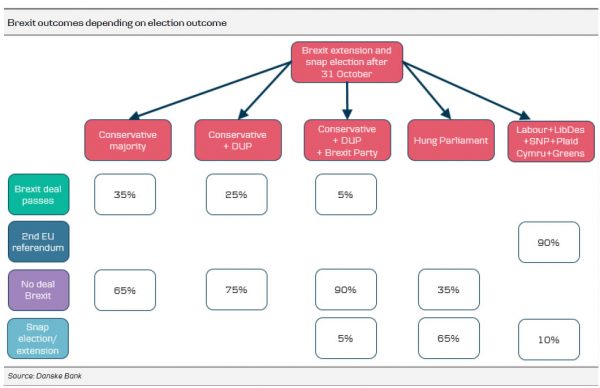 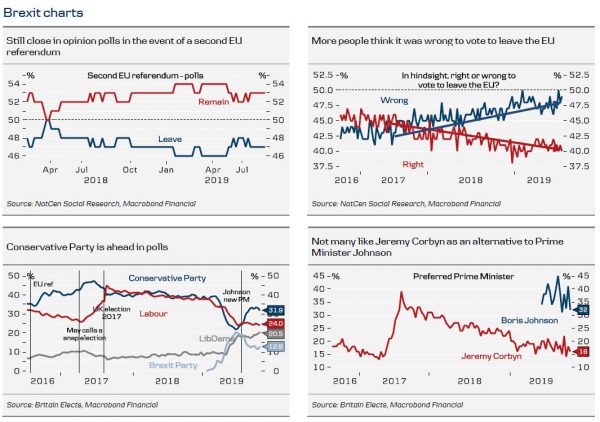 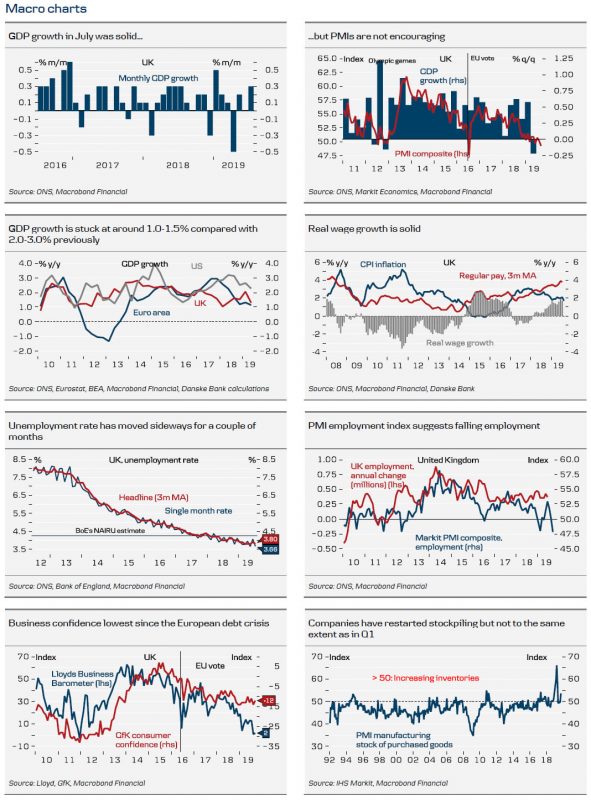