Clearly, market participants are extensively short on the currency and consensus among traders is for Sterling to move lower. A positive surprise in the economic numbers today and if the threat of no-deal Brexit fades away could lead to an intense short squeeze. This means the sterling-dollar pair could move to 1.26 to 1.27. 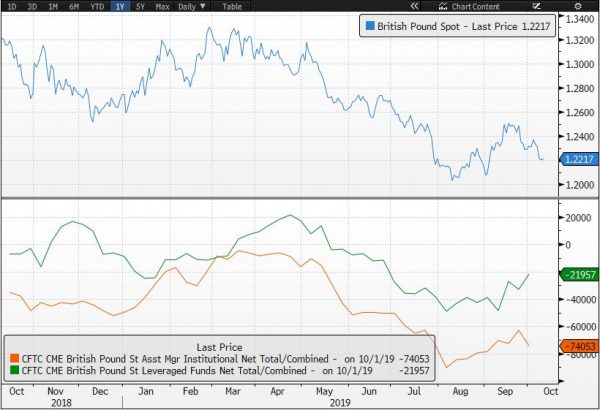 Corbyn In The Lead

Jeremy Corbyn is going to back for a general election which could take place by Nov 26th provided that Brexit deadline is extended. The early polls show a lead for him for whatever they are worth.

If we have learned anything during the past three years from these polls is that they are as unreliable as someone reading the tea leaves.

BoE Haldane: Not reached a view remotely yet on using negative rates