The British Pound traded sideways against the US Dollar, following the UK GDP and Manufacturing Production data releases on Thursday at 08:30 GMT. The GBP/USD exchange currency rate lost 8 pips or 0.06% right after the release. The British Pound continued trading at the 1.2240 level against the Greenback.

The Office for National Statistics released the UK Manufacturing Production data, which came out worse-than-expected of negative 0.7% compared with the forecast of 0.1%.

According to the official release: “The 0.7% monthly decrease in manufacturing output was widespread with falls in 10 of the 13 subsectors; the largest downward contribution came from a 4.7% fall in basic pharmaceutical products. For the three months to August 2019, production output decreased by 1.3%, compared with the same three months to August 2018; led by a fall in manufacturing of 1.5%.” 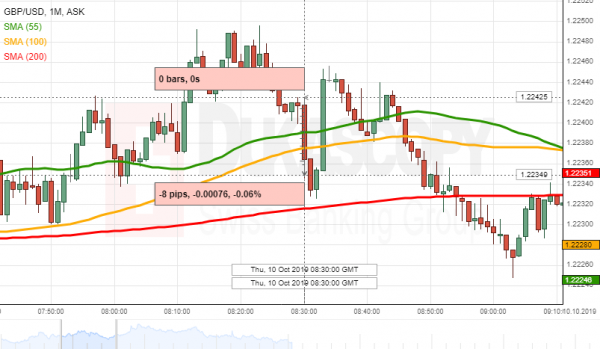 Earnings Off To A Decent Start

British Pound Trading A Tad Lower In The Asian Session