‘Some removal of monetary stimulus is likely to become necessary if the trade-off facing the MPC continues to lessen and the policy decision accordingly becomes more conventional.’ — Mark Carney, Bank of England

The Bank of England Governor Mark Carney said on Wednesday that the Monetary Policy Committee might need to start raising interest rates soon, adding that the BoE’s interest-rate decision would be discussed in the next few months. Carney’s unexpectedly hawkish comments pushed the Sterling to its new session highs. In the meantime, the GBP/USD hit its highest level since the June 8 election. Earlier, Mark Carney stated that it was not yet the time to step on the path of interest rate hikes despite surging inflation. Furthermore, on Wednesday, the Governor said that at the June 15 meeting it was necessary to leave the Bank’s interest rates unchanged due to ‘the mixed signals on consumer spending and business investment’. On June 15, five out of eight policymakers voted to keep monetary policy and rates on hold. According to the BoE, inflation is set to rise above 3% in the upcoming months, well above the Bank’s 2% target. Carney stated that in order to begin raising rates he would focus on household consumption and the economy’s reaction to the country’s withdrawal from the European Union. 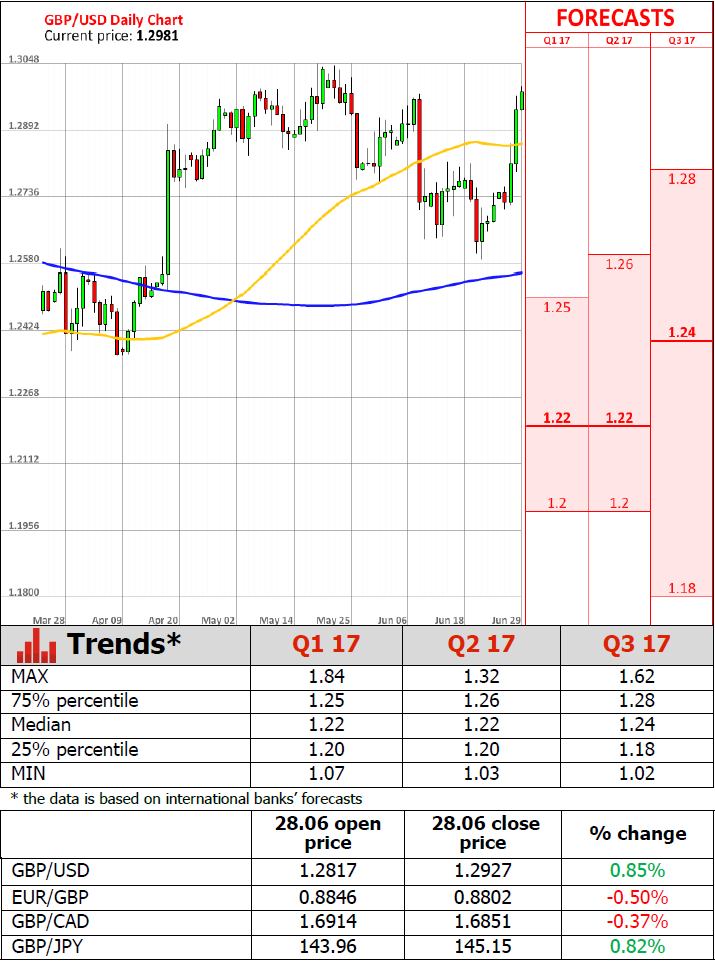