The phase one trade deal is light on details, but it signals a welcome détente. Though not enough to move the dial for growth yet, it scales back China tariffs by about $32 billion of where they’d be without it.

So What Specifically Does this Deal Entail?

Our tool for measuring the impact of the trade war between the world’s two largest economies is the top chart to your right. [Please note that we have just $111 billion subject to 7.5% tariffs now (versus 15% previously) rather than the full $120 billion referenced in the announcement. The discrepancy simply has to do with the availability of industry and SKUlevel import data and this is as close an approximation as we can muster.] The concept here is to multiply the applicable tariff rate by the dollar amount of U.S. imports from China in 2018 for the affected category of goods. It has been updated to reflect today’s announcement.

The middle chart offers a visual rendering of where we would have been had the December 15 tariffs gone into effect had this deal not been reached. A specific dollar amount would apply a degree of accuracy that our rough estimates could not reasonably produce, but our framework values today’s deal up to $32 billion or about a 28% share of the total cost of all tariffs on Chinese goods. In plain terms, this is a détente in the trade war, and while that is certainly a welcome development, it is far from a meaningful trade deal.

The announcement spoke of “substantial additional purchases” of U.S. goods by China without mentioning dollar amounts. An enforcement mechanism was also agreed upon, although neither side provided specifics. Also for China, the deal “requires structural reforms…in the areas of intellectual property, technology transfer, agriculture, financial services, and currency and foreign exchange.” But again, nothing more specific was offered at this time, but we will keep you posted if that changes.

On balance, the news was welcome in that it is a step toward de-escalation and it means that the tariffs on many consumer goods will not go into effect on Sunday as they would have without the deal.

An argument could be made that the trade war’s biggest cost is not in the specific dollar terms we have calculated, but rather the increased uncertainty and the potential toll on business spending. We suspect today’s deal is short of the sort of reassurance sought by many businesses worried about trade. Trade has been a drag on growth in four of the past five quarters as both exports and imports have been shrinking in recent months. There is not enough in this deal to meaningfully change our outlook for trade going forward. 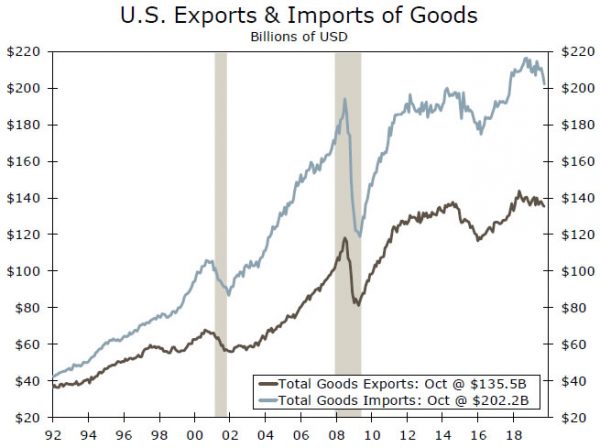 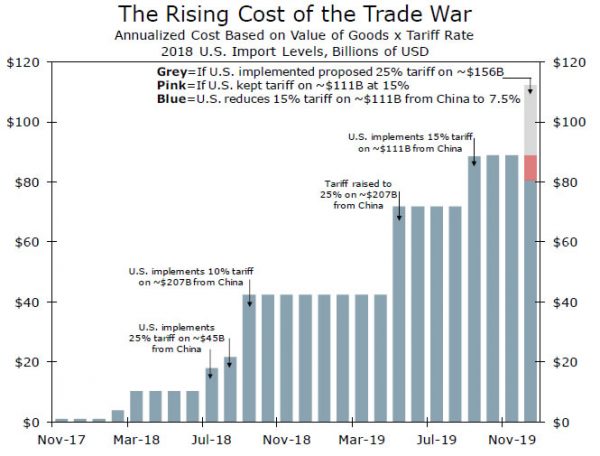 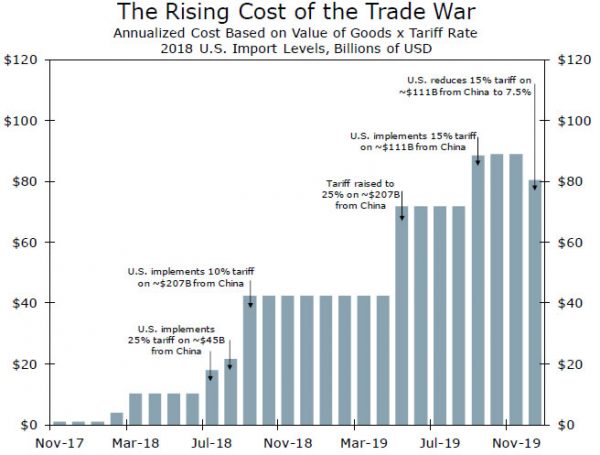 US 500 Index Turns Red After Five Months, May Heal Some Injuries In Near-Term