Markets absorb earlier earlier losses from the escalation of MidEast clashes. Iran said it will no longer observe limits on uranium enrichment and Iraq signaled it will expel foreign military forces as the fallout from the Soleimani assassination threatens to further roil markets. JPY is the biggest loser, lifting USDJPY to 108.30s from 107.70s, while GBP is the biggest gainer, following UK services PMI’s return to the 50 level. US services PMI edged higher, with all eyes on the services ISM tomorrow. Don’t forget US and Canada jobs this Friday. 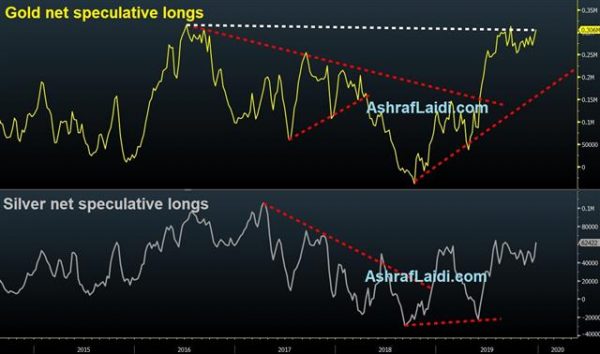 The Iran-US confrontation is in a deep state of flux, and is increasingly likely to show further reverberations. Iraqi parliament on Sunday voted on a resolution demanding foreign troops to leave the country immediately.

In the holy city of Qom a red flag was unfurled on the Great mosque of Jamkaran in a signal of extreme alertness, but it’s not clear if that’s an offensive or defensive gesture. Trump warned that the US had identified 52 Iranian targets if Iran launches an attack on US forces.

At presentm it appears like a retaliation from Iran is imminent, but last year’s attack on Saudi oil refinery is instructive. There remains little appetite for war, and US forces wildly exceed any others in the region. Tensions can dissipate quickly.

Keep an eye on the 200 DMAs in AUDUSD and NZDUSD. We said last week, the technical breakouts above those levels reflected fierce ascent in risk appetite, coupled with broadening USD weakness. But as the latest risk aversion force high yielders lower, the 200 DMAs for AUDUSD and NZDUSD become crucial support levels at 0.6895 and 0.6520 respectively.