On the macro front, Euro-zone’s seasonally adjusted current account surplus widened to €34.7 billion in January, less than market forecast for a surplus of €35.5 billion and compared to a surplus narrowed to €32.6 billion in the previous month. Separately, Germany’s producer price index unexpectedly slid 0.1% on a yearly basis in February, defying market anticipations for a rise of 0.2% and compared to an advance of 0.2% in the prior month.

Looking forward, participants would keep a close eye on Euro-zone’s consumer confidence for March, slated to release later today. Separately, the US Chicago Fed National Activity Index for February, would keep investors on their toes. 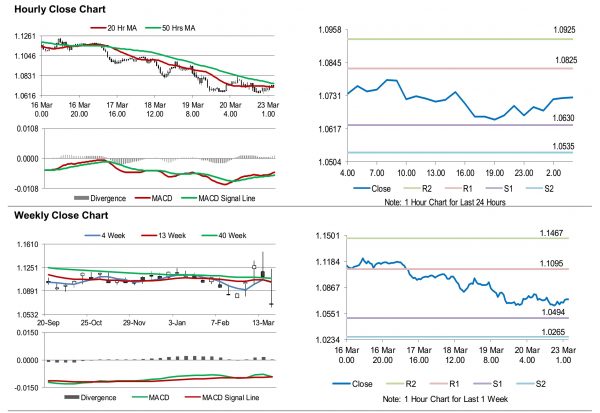