The European Commission today unveiled its long-awaited recovery fund (‘Next Generation EU’) and revised EU budget, amounting to EUR1.85trn in total (11.2% of EU GDP). Here we summarise the key things to note from today’s proposal.

Overall, we believe the recovery fund proposal is a strong signal from the Commission and European leaders (if confirmed) of support for the European project. While the exact value of the grants is still difficult to assess (due to the repayment schedule being unknown), we remain cautiously optimistic on the periphery. With the ECB expected to step up its pandemic emergency purchase programme (PEPP) next week, we remain constructive on peripheral spreads. Looking ahead, this does not solve the matter of high debt levels but it should help European economies near term, reducing the risk of an asymmetric recovery. 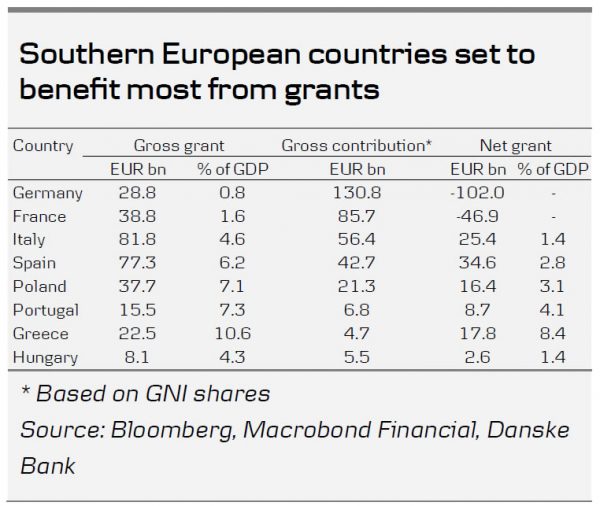 The Dollar Retreats As Investors Look To Alternatives