The US Dollar did not manage to appreciate against the Japanese Yen at the moment the data on the US advance GDP was released. The pair posted a 0.13% decline to hit the 111.03 mark and then went even slightly lower, though still managed to retreat slightly, with the exchange rate hovering around 111.00 for the day. The US Bureau of Economic Analysis reported on Friday the first release of the country’s GDP for the second quarter rose at an annualised pace of 2.6% from the downwardly-revised reading of 1.2% in the prior quarter, in line with economists’ projections. Still, despite the generally positive trend, Friday’s data is overall unlikely to bolster any major shift in sentiment on the US economic performance. 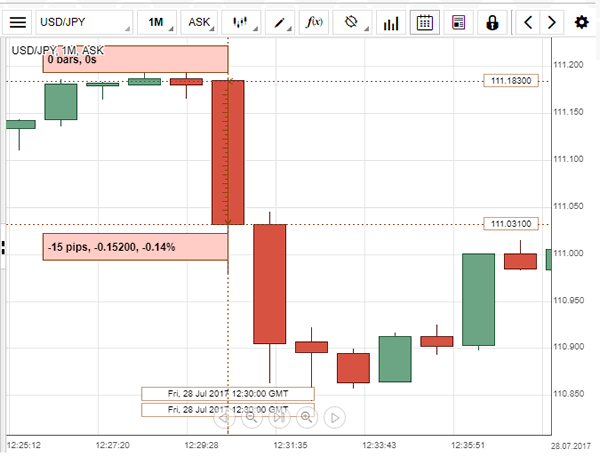