USD/CAD has recorded sharp gains on Wednesday. In the North American session, the pair is trading at 1.3224, up 1.07% on the day. The pair is currently at its highest level since October 8. In the US, today’s releases are limited to tier-2 events.

There were no surprises from the Bank of Canada, which maintained the Overnight Rate at 0.25 per cent for a seventh straight month. The BoC is also continuing its C$5 billion in government bonds weekly under its QE program. The bank slashed rates back in March to just 0.25%, when the Covid-19 pandemic spread and paralyzed large swathes of Canada’s economy. Covid-19 has again resurfaced in a second wave in October, but despite this setback, the economy is recovering faster than expected. Inflation is heading higher and the employment releases have been stronger than expected. The bank’s economic forecast stated that Canada’s economy will grow close to four per cent in 2021, after a decline of 5.5% in 2020.

The BoC has pledged to keep interest rates near zero until the economy gains strength and inflation reaches the bank’s two per cent target. This is a similar stance to that of the Federal Reserve, and similar to the situation in the US, this goal could take years. That means that we could remain in an ultra-low rate environment for years to come in both the US and Canada. 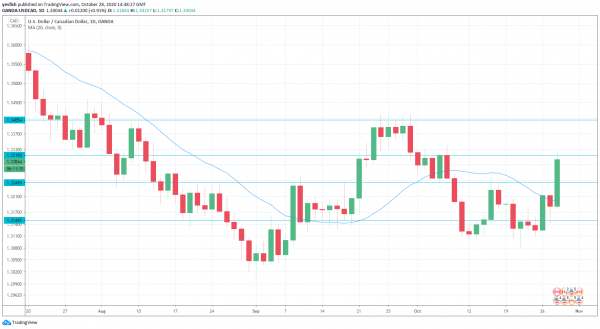