The KoF Economic Barometer, a key indicator of business confidence, will be released on Tuesday (7:00 GMT). The KoF slipped below its long-term average of 100 in January, with a reading of 96.5. The indicator rebounded in February, rising to 102.7 and the upswing is expected to continue, with a forecast of 1o4.2 for March.

The Swiss franc remains under pressure, and climbed to 0.9417 on Friday, its highest level since July 2020. USD/CHF has shot up 3.46% in the month of March and pushed into 94- territory. Despite this sharp decline, the Swiss National Bank stated at last week’s policy meeting that the currency remained “highly valued”. This reflects the agenda of the central bank to keep the Swiss franc at low levels by purchasing massive amounts of dollars, in order to protect the Swiss economy, which is heavily reliant on exports, as well as combating deflation. The SNB maintained its interest rates at -0.75%, among the lowest in the world. The problem for the SNB is that the world views the Swiss franc as a safe-haven asset, which makes it an attractive holding for investors, particularly in times of crisis or uncertainty.

With the SNB keeping low negative rates in place and continuously intervening in forex markets, there is a strong likelihood that the Swiss franc’s downturn will continue in the coming weeks, which could mean the currency will put upward pressure on the 95 level. On Wednesday, Credit Suisse Economic Expectations releases its monthly report (8:00 GMT). The index rose to 55.5 in January, up from 43.2 beforehand. Another acceleration in February could give a boost to USD/CHF. 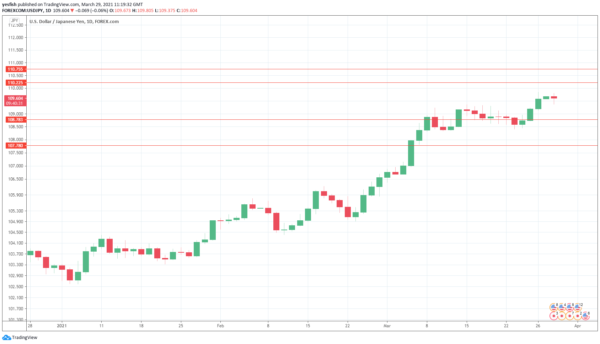