We look for next week’s labour market report to show strong job growth in March (+150k) as virus containment measures continued to ease. Industries that make up the hospitality sector are massively over-represented in remaining economic weakness – accounting for 80% of the shortfall in total hours worked versus pre-shock (February 2020) levels – and that’s also where we expect to see more job growth in March as restrictions on things like restaurant dining (at least on outdoor patios) eased.

To be sure, significant restrictions are still in place, and the employment shortfall versus pre-shock levels is still huge. Rising covid case counts —particularly new variants —have raised alarms around whether a third round of restrictions will halt the economic recovery. Still, risk of another near-term economic downturn looks smaller given the economy continued to grow through the winter wave of virus spread and restrictions. And vaccine distribution is also accelerating, with over 3 million doses arriving in Canada this week alone, and an additional 30+ million booked over Q2. As long as those vaccines remain effective against new and emerging variants (as is most likely), the timeline for when the economy can more fully and sustainably reopen continues to inch forward. And that is good news for those hardest-hit businesses in the hospitality sector. 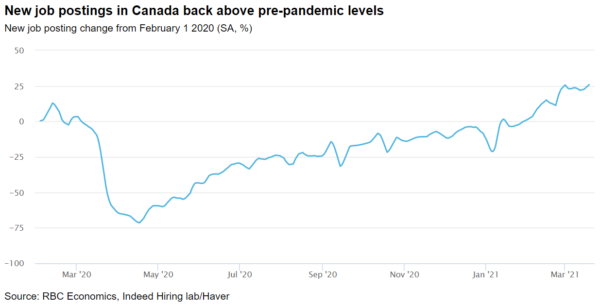 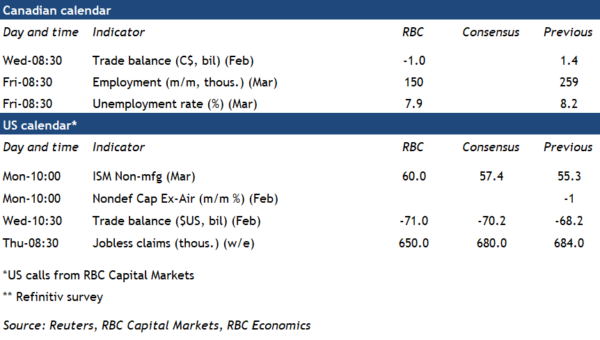