The Australian dollar rose in early trading after the strong jobs numbers. According to the statistics bureau, the country’s unemployment rate dropped from 5.8% in February to 5.6% in March. This decline was better than the median estimate of 5.7%. In the same period, the participation rate jumped from 66.1% to 66.1% as the economy added more than 70,000. Analysts polled by Reuters were expecting the economy to add just 35,000 jobs. These numbers show that the country’s economy is still robust and set to have a strong rebound.

US stocks soared after the strong earnings from major banks. In a report, JP Morgan reported a profit of $4.50 a share as revenue jumped to $33.12 billion. The company’s profitability rose because of some of the reserves that it released. It also experienced a boom in its fixed income, currencies, and commodities (FICC) business. The same trend happened at Goldman Sachs, which reported a 47% trading revenue jump. Other banks could have a similar performance as they start releasing some of the hefty provisions they added last year.

The economic calendar will have some key events today. In Europe, companies like Germany, France, and Italy will publish their latest consumer inflation data. These numbers will come two days after the US released strong inflation numbers. Later today, the US will publish its retail sales and initial jobless claims data. Analysts expect that sales jumped in April as the economy continued to reopen. In Turkey, the Central Bank will deliver its rate decision. It will be the first for the new governor, who has expressed some dovish sentiments before.

The EUR/USD is hovering near its highest level in weeks ahead of the US retail sales numbers. It is trading at 1.1976, which is slightly above the 25-day and 15-day moving averages. It is also slightly above the 50% Fibonacci retracement level while the Relative Strength Index (RSI) has moved to the overbought level of 70. The pair will likely keep rising as bulls target the 61.8% Fibonacci retracement level at 1.2040. 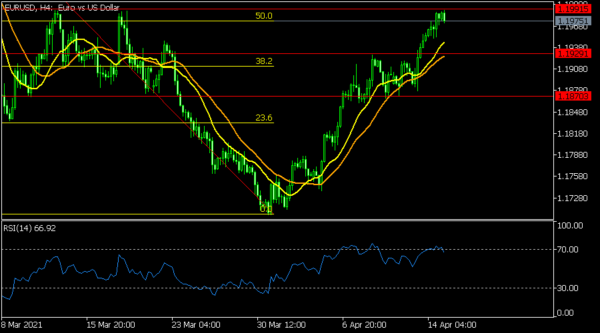 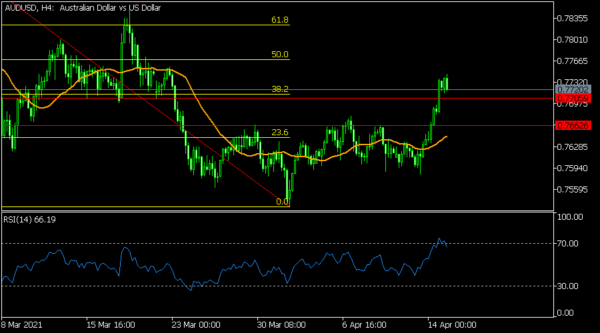 The USD/JPY pair declined to a low of 108.85. On the four-hour chart, the price has moved below the short and longer term moving averages. Similarly, oscillators have also dropped, in a sign that there is more selling pressure. It has also moved below the ascending trendline. Therefore, the pair may keep falling as bears target the next key support at 107.50. 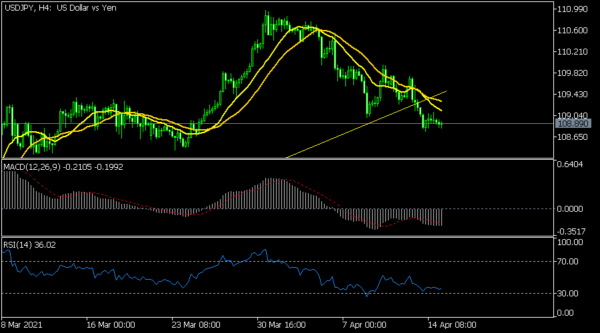