Next week will be a big one for policy announcements with the Federal Government set to table its first Budget in two years on Monday and the Bank of Canada meeting on Wednesday. The Bank of Canada will report an upgrade to their economic growth forecasts in the April Monetary Policy Report – the larger question is whether their forward guidance will be tweaked to flag any pull-forward in expectations for the first interest rate hike from exceptionally low current levels. Near term economic data has surprised significantly on the upside since the central bank last issued a forecast in January. GDP growth for the first quarter of this year is tracking closer to a 6% annualized rate than the 2.5% contraction the BoC assumed in January. The bank’s spring Business Outlook Survey reiterated that high-contact service sectors are still being severely constrained by virus containment measures but that the rest of the economy has broadly continued to improve.

The virus remains a major headwind for near-term economic growth, and the dramatic ramp-up in case-counts and hospitalizations (particularly in Ontario) clearly show that it is too soon to declare victory over the pandemic. Still, vaccine distribution also continues to accelerate, and government supports remain in place to soften the the impact on household and business incomes from another round of containment measures. We still anticipate restrictions will be more significantly and sustainably eased over the summer, and given that households have ample purchasing power to support a recovery when that happens, it would be difficult for the central bank to not revisit its timeline on when the economic damage of COVID will be repaired. The latest Bank forecast assumed this will happen in 2023, about a year later than our own view of early 2022. We expect the pace of central bank asset purchases will be reduced (as is widely expected). That, if anything, represents a modest easing off the monetary policy accelerator rather than tapping the brakes. We continue to expect the first interest rate hike will come earlier than the central bank has been flagging, but still not until the second half of next year. 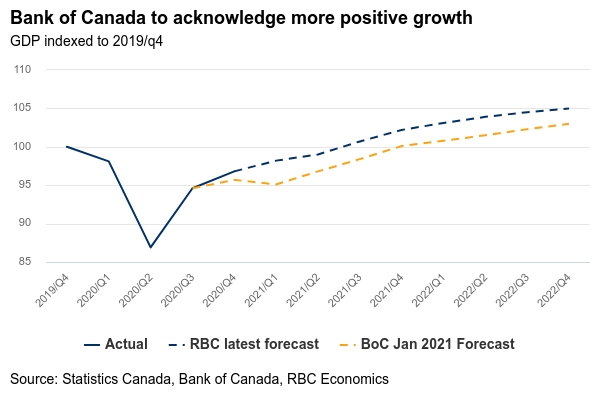 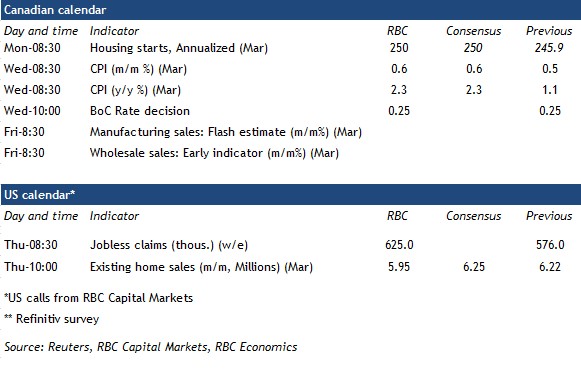