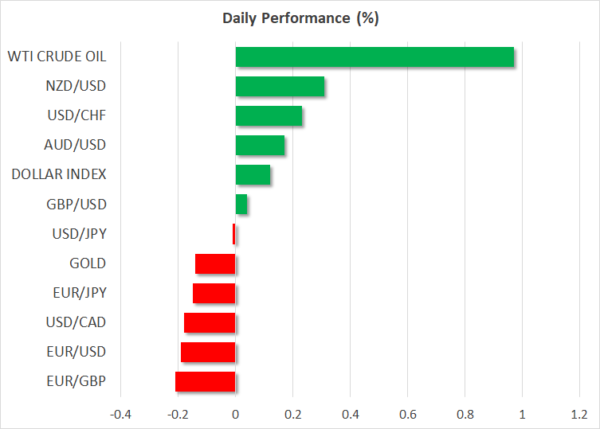 Market participants just got a small preview of what could happen when interest rates finally start rising. A wave of selling gripped equity markets yesterday, with the tech sector caught in the eye of the storm after Treasury Secretary and former Fed boss Janet Yellen said that rates might have to rise to prevent the economy from overheating.

Her comments merely reflected reality. With the overload of federal spending that’s in the pipeline, it is natural for inflation to pick up and for rates to ultimately rise to combat that. But coming from the previous Fed Chair, her remarks have more gravity in the eyes of investors, especially during a period when the Fed itself insists that rates are going to stay low for years.

The Nasdaq and high-growth tech stocks with scary valuations got hit the hardest, highlighting just how addicted these plays are to monetary stimulus. That said, a significant rebound soon followed as investors realized this was just a slip of the tongue and that the current Fed leadership has no intention of turning the ship towards higher rates anytime soon. Indeed, she later walked back her comments, saying that she was not recommending a Fed rate increase.

While stock markets are probably safe for now, it increasingly seems like the Jackson Hole summit at the end of August could be the real turning point, as that event has been used several times in the past to signal seismic shifts in monetary policy. ‘Sell in August and avoid the bust?’

With stock markets under pressure and investors being reminded of higher US rates on the horizon, the dollar would be expected to trade like a rocket ship, but the reserve currency only received a minor boost from this episode.

Euro/dollar is now testing the psychological $1.20 region, which has been a line in the sand for technical direction lately. If the pair manages to pierce and close below that crucial barrier, downside momentum could accelerate.

As for what may trigger such a break, keep a close eye on the ISM non-manufacturing survey and the ADP jobs report for April later today. If the ISM survey reflects the boost from the latest stimulus checks on demand and the ADP report paints a rosy picture for Friday’s official payrolls release, both the dollar and equities could shine.

Sterling climbs, gold down but not out

Elsewhere, the British pound continues to excite, outperforming even the perkier dollar this week. The nation’s vaccination program has been a tremendous success and market participants seem to assign a solid probability for the Bank of England to scale down its QE program tomorrow.

In addition, UK authorities announced that a third vaccination shot will be offered to people over 50 in the autumn, to contain virus-resistant variants. This diminishes one of the central downside risks, and although the pound still has to grapple with this week’s BoE meeting and local elections, the medium-term outlook seems increasingly brighter.

In the commodity sphere, gold was another casualty of Yellen’s communication mishap, suffering at the hands of rising Treasury yields and a firmer dollar. On the bright side, the yellow metal is still trading safely above the critical $1765/ounce zone and if markets trust that the Fed will ‘hold the line’ even in the face of higher inflation, the summer months could be the sweet spot for bullion. 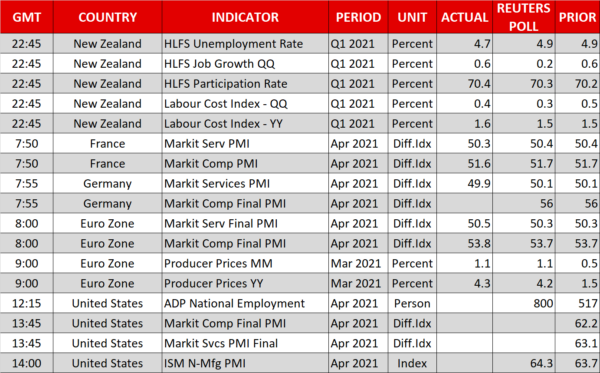