Cryptocurrency prices declined sharply during the weekend as fears of higher interest rates remained. Bitcoin declined to $45,000, which is substantially lower than its all-time high of $65,000. Similarly, Ethereum declined by more than $400 while most altcoins declined by more than 5%. Recent data from the United States showed that the American economy is recovering at a faster rate than expected, which means that the Federal Reserve will be forced to start tightening. The currencies also declined after a report by the Financial Times said that Tether’s reserves were backed by cash to the tune of 2.9% rather than the 100% it used to claim. This is important since Tether is the biggest stablecoin in the world.

The Australian dollar declined slightly as the price of iron ore continued dropping as China started intervening in the market. The country’s finance ministry vowed retaliation in a bid to stabilize the prices and make it affordable for local businesses. The Australian dollar tends to react to the prices of iron ore since it is the biggest earner of foreign currency. The currency is also reacting to relatively mixed economic data from China. According to the statistics office, retail sales rose by 17.7% in April, lower than the expected 24.9%. Industrial production rose by 9.8%, down from the previous 14.1% while fixed asset investments rose by 19.9%.

US futures declined slightly as the market waited for upcoming retail earnings. Companies like Walmart, Home Depot, Lowe’s, and Target are set to publish their earnings this week. Still, the biggest news of the day is the report that AT& and Discovery are about to merge their media businesses to create a $150 billion streaming giant. The plan will merge services like HBO, CNN, Warner Bros, with Discovery in a bid to gain market share against companies like Netflix and Disney+. The deal comes five years after AT&T bought Time Warner for $85.4 billion.

The AUD/USD pair declined slightly to 0.7755, which was slightly below Friday’s high of 0.7790. On the four-hour chart, the price moved slightly below the 50% Fibonacci retracement level. It has also declined slightly below the 25-day and 15-day exponential moving averages (EMA). Also, the pair is between the rectangle pattern whose support and resistance are 0.7680 and 0.7817, respectively. It has also formed a head and shoulders pattern, which is usually a bearish signal. Therefore, the pair may keep falling as bears target the support at 0.7690. 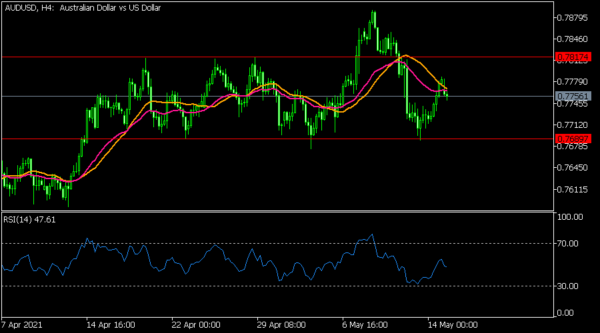 The EUR/USD pair was little changed during the Asian session. It is trading at 1.2130, which is slightly above the 25-day moving average. The pair is also forming a rising wedge pattern that is shown in pink. The Relative Strength Index (RSI) is also at the neutral level of 56. The price is also above the dots of the Parabolic SAR. Therefore, the pair may keep rising as bulls target the upper side of the wedge. Eventually, the pair may break out lower since the rising wedge is usually a bearish sign. 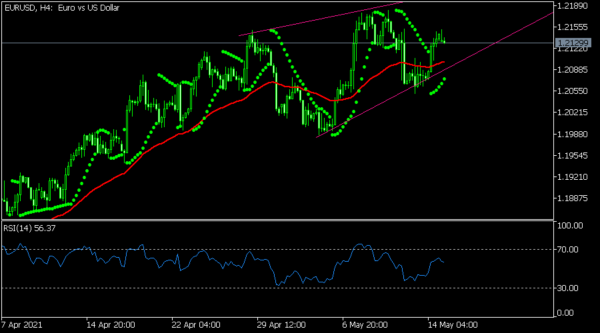 The ETH/USD pair declined sharply during the weekend. On the four-hour chart, the pair moved sharply below the lower line of the ascending channel. It has also dropped below the 25-day and 50-day moving averages while the Relative Strength Index (RSI) has dropped below the oversold level. Therefore, the pair may keep falling as bears target the next key support at 3,200. 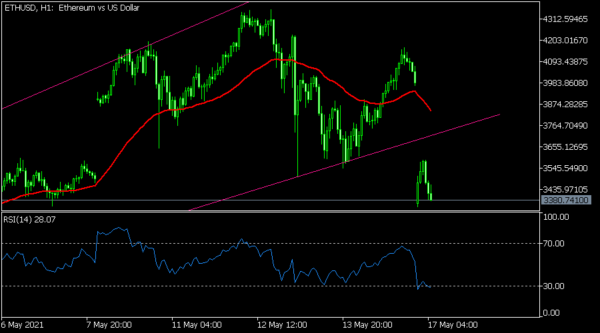