EURUSD Rises Above Falling Wege After The FOMC Decision

The EURUSD pair rose modestly in the American and Asian sessions as investors reflected on the latest Federal Reserve decision. The bank decided to leave its interest rates unchanged at the range between 0% and 0.25%. It also left its $120 billion asset purchase program intact. In a statement, the bank’s officials said that the economy had made progress and that they will start deliberations on tapering in upcoming meetings. The remaining two meetings of the year will be in September and November. The pair will next react to the latest initial jobless claims and US GDP data.

US futures declined slightly even after relatively strong quarterly results from Facebook. The company said that its total profit more than doubled to more than $10.39 billion or $3.61 per share. This was significantly better than analysts were expecting. At the same time. Its revenue rose by 56% to $29.08 billion. The stock declined after earnings since the company predicted that this growth would slow down in the coming quarters. Other tech companies like Microsoft, Apple, and Google reported strong results on Thursday. In fact, the four companies made a profit of more than $67 billion in the past three months.

The Australian dollar rose slightly after strong Australian export and import price index. The export price index rose from 11.2% in the first quarter to 13.2% in Q2. Similarly, the import price index rose from 0.2% to 1.9% in the second quarter. Later today, the key data to watch will be the German unemployment rate and the Sweden and US GDP data. In the UK, the Bank of England will publish the latest mortgage lending data while the European Commission will release the latest manufacturing and services sentiment numbers. 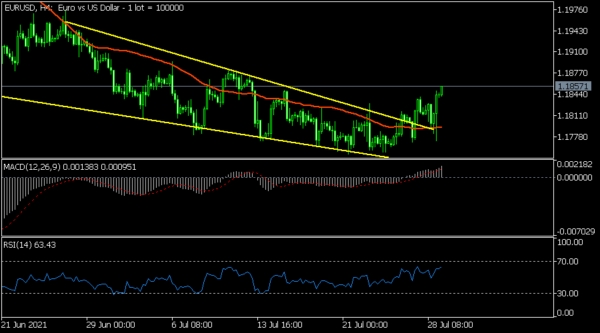 The BTCUSD is hovering near the important resistance at 40,000. It is trading at 39,890, which is above the 25-day and 15-day moving averages. The RSI has started forming a bearish divergence pattern on the four-hour chart. It is also above the important support at 36,620. Therefore, the pair will likely break out higher as investors target the next key resistance at 44,000. 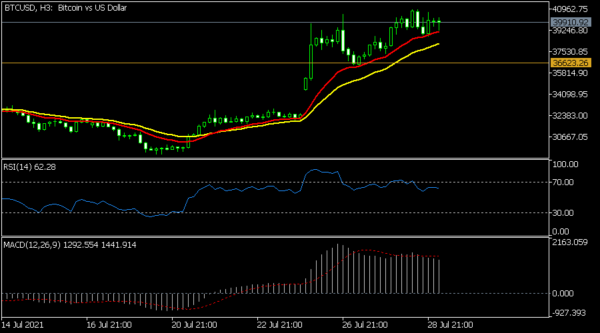 The price of Brent crude oil darted higher after the latest US inventories data. It rose to a high of 75.33, which was the highest level since last week. On the four-hour chart, the pair moved above the short and longer-term moving averages. It has also formed an inverted head and shoulders pattern while the commodities channel index and MACD have continued rising. Therefore, the pair will likely break out higher as investors target the YTD high at almost 78. 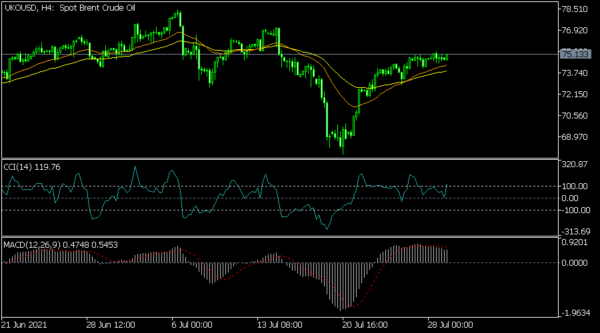