US Inflation May Have Peaked, Dollar Rally Cools 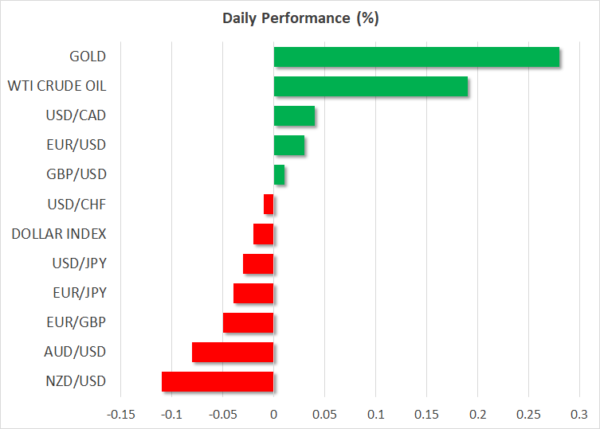 The rate of inflation in the United States remained at a 13-year high in July according to the consumer price index out yesterday. But there was good news for both consumers and policymakers as price pressures for some of the categories such as used cars and airfares that had surged in recent months appeared to be easing.

CPI rose 0.5% month-on-month and 5.4% annually in July, both broadly in line with expectations. The core rate moderated from 4.5% to 4.3% y/y, in a further sign that price growth may have peaked already as some of the effects from last year’s lockdowns and subsequent reopening, which sparked massive supply-chain issues and unleashed pent-up demand, are subsiding.

However, even if that is the case, there are still plenty of inflationary forces at play that are unlikely to disappear overnight and that raises the question of how quickly inflation will fall back towards the Fed’s 2% objective.

The Fed’s more hawkish policymakers have been getting itchy of late. The Kansas City Fed’s George and Dallas Fed’s Kaplan were the latest to call or repeat the need for the monthly pace of asset purchases to be pared back.

However, others are still cautious, with Richmond Fed President Thomas Barkin joining Evans in suggesting that it may take a few more months for the conditions for tapering to be met. The apparent splits within the FOMC are casting some uncertainty over the likelihood of the Fed being able to send clear tapering signals at the Jackson Hole conference that’s coming up later this month.

Nevertheless, there can be no doubt that tapering is on the cards at some point over the coming months, hence why there was only a modest retreat in Treasury yields and the US dollar after the CPI data. The 10-year yield has fallen slightly below 1.35% but is still sharply above where it was a week ago.

The dollar, meanwhile, remains bullish despite this minor stumble. The pound, aussie and kiwi were all back under pressure on Thursday, though the euro and loonie were attempting to edge up versus the greenback. The euro seems to be attracting some buyers after managing to avoid a drop below its March trough of $1.1702 on Wednesday.

There was little reaction in sterling to UK GDP numbers that showed the British economy expanded by a solid 4.8% in the second quarter, taking the annual growth rate to 22.2%. US producer prices and weekly jobless claims will be watched later in the day. But unless there are any huge surprises, the dollar is unlikely to be spurred much by the data.

In commodities, there was some much needed reprieve for gold as the selloff in Treasuries cooled and yields came off their highs. The precious metal continued to climb today, reaching the $1,755/oz vicinity. But oil prices were struggling a bit after the White House yesterday called on OPEC producers to pump more oil to ease rising fuel costs.

Yet more records for Wall Street

On Wall Street, it was another record session on Wednesday as Congress made more progress towards fulfilling President Biden’s goal of a once-in-a-generation infrastructure spending spree. The Senate approved a budget resolution that would allow the passage of a $3.5 trillion spending plan.

However, there are already signs of divisions among Democrats so the final price tag of the bill will likely be lower. But investors are betting that a sizeable package will get through and the prospect of continued fiscal support for the American economy is offsetting immediate anxieties about reduced monetary stimulus over the next few years.

Once again, tech stocks lagged yesterday, pulling the Nasdaq Composite down by 0.2%. But the Dow Jones and S&P 500 posted yet another record close, with Dow constituents leading the way. In Europe, shares were mostly in the green today, but Delta fears weighed slightly on Asian equities as regional virus numbers and tighter restrictions continued to worry markets.

US stock futures were more or less flat on Thursday, with Disney earnings (due after the market close) in focus for traders. 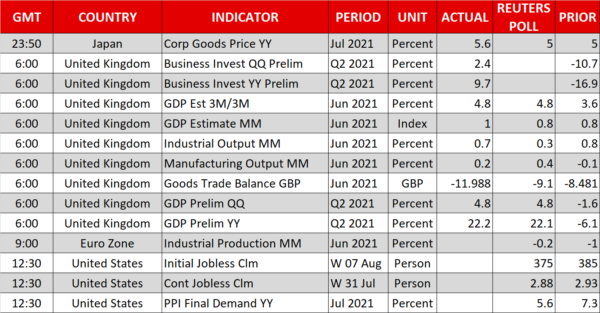