The price of crude oil continued its recovery after a major fire in a Pemex-owned facility. The fire, in Mexico, left 5 people dead and more than 420,000 barrels of oil per day off the market. Still, this supply shortage will likely not last long considering the company is considering restarting 125 wells that had been taken offline within days. Later today, the price will react to the latest inventories numbers by the American Petroleum Institute (API). The price will also react to the overall sentiment in the market about the state of the pandemic.

The US dollar declined slightly as the risk-on sentiment returned in the market. The dollar index declined by more than 0.20% in the overnight session. Investor concerns about the new wave of Covid eased after recent successes in New Zealand and China. The currency also declined after weaker-than-expected US manufacturing and services PMI numbers. The US also published strong existing home sales numbers. Later today, the statistics agency will release the latest new home sales numbers. Analysts expect the data to show that sales increased from 676k in June to 700k in July.

The economic calendar will be relatively muted today. The key economic numbers to watch will be the second reading of the German GDP data that will come out in the morning session. The data is expected to show that the economy expanded by 1.5% on a QoQ basis and by 9.6% on an annualized basis. Earlier on, New Zealand published strong quarterly retail sales numbers. The sales increased from 3.2% in the first quarter to 3.4% in the second quarter. Investors will also keep an eye on the rebounding stock and cryptocurrencies market.

The EURUSD pair was little changed in the overnight session. It is trading at 1.1735, which was a few pips below yesterday’s high at 1.1752. On the 30-minute chart, the pair has moved back to the 30-minute chart while the Relative Strength Index shows that a bearish divergence pattern has happened. The pair even crossed the 25-period moving average. Therefore, it will likely maintain the bearish trend as investors wait for the Jackson Hole summit. 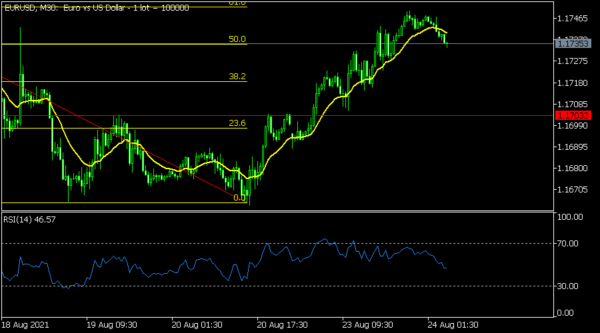 The price of Brent crude oil rose to an intraday high of 69.57, which was substantially higher than last week’s low of 65.23. On the four-hour chart, the pair managed to cross the 25-day and 15-day moving averages while oscillators like DeMarker, MACD, and the Relative Strength Index (RSI) continued their bullish trend. The pair will likely maintain the bullish momentum as investors target moves above the key resistance at 70.0. 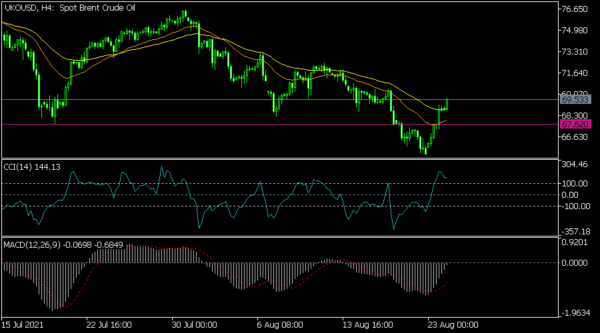 The NZDUSD pair jumped to an intraday high of 0.6900 after positive New Zealand retail sales numbers. On the four-hour chart, the pair managed to move above the 25-day moving average while the MACD has made a bullish crossover. It also retested the key resistance at 0.6900, which was the lowest level in July. The Relative Strength Index (RSI) has moved from the oversold level of 29 to 54. Therefore, the pair will likely maintain the bullish trend today. 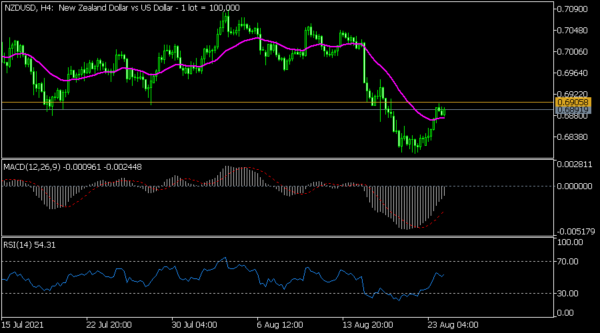 The Pound Has Probably Bottomed Out