The Canadian Election and FX Outcomes

Canadians will go to the polls on Monday, September 20 to elect their new government. The outcome is too close to call, as the two main contenders are currently running neck-and-neck in opinion polls. The best scenario for the loonie is probably a comeback victory for Prime Minister Trudeau that enables powerful government spending as the Bank of Canada raises rates next year.

When Prime Minister Trudeau called an early election in mid-August, he was looking to capitalize on Canada’s vaccination success and his government’s handling of the economic crisis. He was riding high in opinion polls and hoped to secure a majority in parliament. It looked like a free victory.

That political gamble has backfired spectacularly. He is now tied with his conservative opponent Erin O’Toole in polling surveys and could very well lose this election. His Liberal party has struggled to explain to people why another election was needed in the middle of a pandemic. The conservatives have even accused him of risking the health of voters for personal benefit.

The two candidates have very different spending plans. Trudeau’s government went all-out to fight the crisis, pushing the public deficit to the highest since World War Two to support businesses and individuals. He has promised to deliver more new spending if re-elected to power up the recovery. Some of that would be offset by raising taxes on bank profits.

O’Toole has also pledged to boost spending, but to a much smaller extent. He intends to balance the government budget within a decade without making any spending cuts, by ‘growing the economy’. That of course almost never happens in reality. 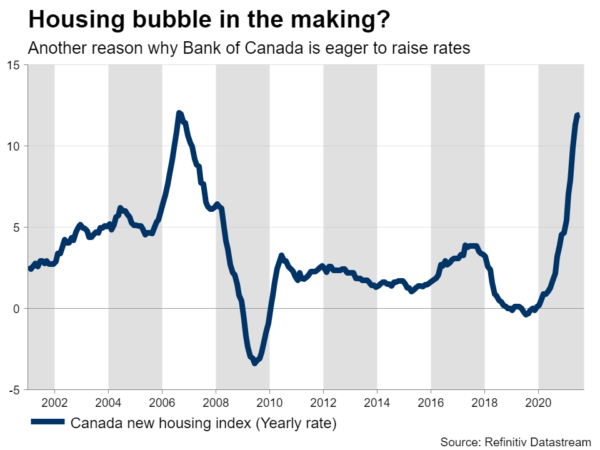 Another interesting point is his plan to deal with Canada’s scorching hot housing market. Both candidates have vowed to build millions of houses to cool soaring prices, but O’Toole also wants to ban foreign investors from buying for two years.

The final point of contention is around climate change. Trudeau’s Liberals have promised much more aggressive emission regulations than the Conservatives, who are major allies of the oil industry. Canada is a major oil exporter, so this matters.

In the FX market, the ideal scenario for the loonie might be another Trudeau victory. That would allow government spending to remain very generous in an environment of tighter monetary policy, as the Bank of Canada intends to raise rates next year. Massive government spending coupled with rising rates is a very powerful cocktail for a currency. 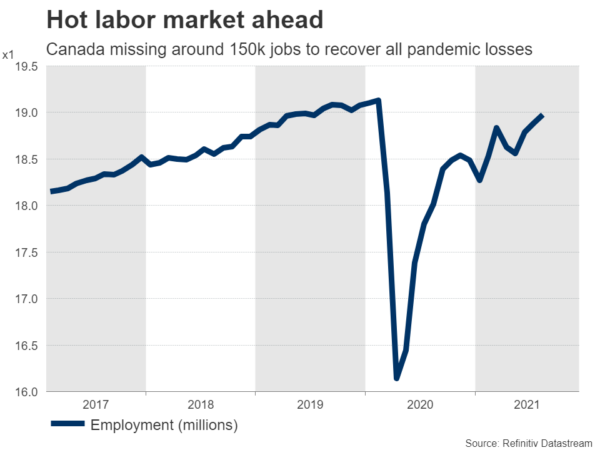 In contrast, the Canadian dollar could take a hit if O’Toole is victorious, as the probability of spending cuts down the road would be much higher. That could hit economic growth coming out of the crisis. A ban on foreign investors buying houses implies less demand for the currency as well. That said, there would also be less regulatory risk and better chances of tax cuts, so that might negate some of the negative impact.

Either way, whoever wins will only command a minority government according to opinion polls, so any dramatic policy changes are unlikely. Still, options traders think this could be an interesting event. One-month implied volatility in dollar/loonie is currently at 7.2%, which essentially means investors see a 7.2% move for the pair in either direction over the next month.

Overall, the outlook for the Canadian dollar seems positive. Even if it takes a minor hit on an O’Toole victory, any spending cuts are far away, the economy is doing well, vaccinations are very high, and the Bank of Canada will be among the first central banks to raise rates again. 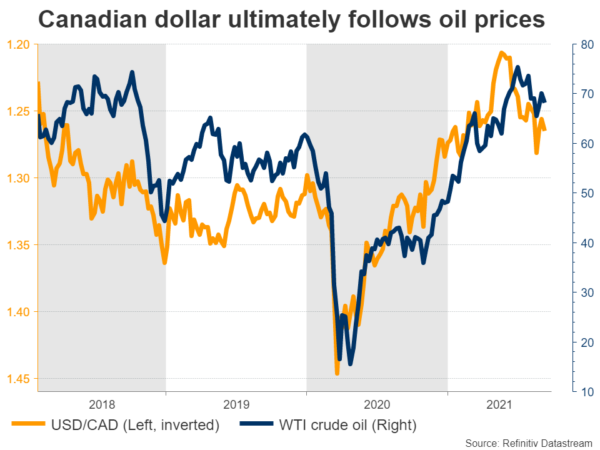 As always a lot will depend on oil prices and stock markets, but once election risk is out of the way, the loonie’s uptrend could resume – especially if the central bank slashes its asset purchases again next month.