American stocks rebounded cautiously on Wednesday as the market tried to assess the strength of the American economy. The Dow Jones added 255 points while the S&P 500 and Nasdaq 100 indices rose by 35 and 70 points, respectively. Stocks have wavered this month as sentiment among Wall Street firms worsened. In the past few weeks, analysts at key banks like Bank of America have lowered their estimates for UK equities. At the same time, investors are worried about the Chinese economy. Data published on Wednesday revealed that home prices and fixed asset investments declined in August as Evergrande woes continued.

The USDCAD pair retreated after strong Canadian inflation data. The numbers showed that the country’s headline inflation rose from 3.7% in July to 4.1% in August. This increase was better than the median estimate of 3.9%. In the same period, core inflation increased from 3.3% to 3.5%, which is above the Bank of Canada target of 2.0%. The Canadian dollar also rose as the price of crude oil rose, with Brent and WTI rising to $75 and $72.47. Higher oil prices are usually positive for the Canadian dollar because Canada is the fourth-biggest producer in the world.

The US dollar index declined slightly as investors waited for the upcoming American retail sales and jobless claims numbers. With consumer prices rising, analysts expect that overall sales declined in August. Specifically, they expect that the overall sales declined by 0.8% while core sales fell by 0.1%. Meanwhile, the Labour Department will publish the latest jobless claims, which are expected to show a slight increase from 310k to 330k. The Philadelphia Federal Reserve will also release the latest manufacturing index data.

The USDCAD pair declined to a low of 1.2623 after strong Canadian inflation data. On the 30-minute chart, the pair moved below the 25-day moving average. It also declined below this week’s key resistance level at 1.2700. The Relative Strength Index (RSI) has also dropped close to the oversold level of 30 while the MACD moved below the neutral level. Therefore, the pair may keep falling as bears target the key support at 1.2597. 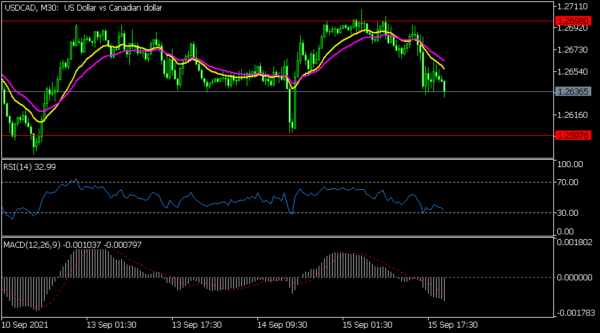 The EURUSD pair remained in a tight range ahead of the US retail sales data. It is trading at 1.1810, which is inside the rectangular channel shown in red. Its support and resistance levels are at 1.1800 and 1.1830. The pair is along with the 25-day moving average while the RSI is at the neutral level. Therefore, the pair will likely remain in this range as investors reflect on this week’s numbers. 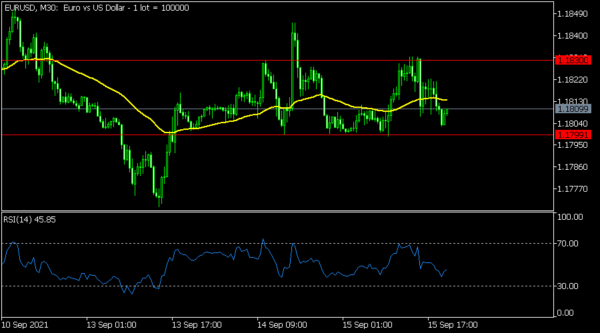 The price of West Texas Intermediate (WTI) rose after bullish reports by OPEC and IEA. The pair rose to 73.20, which was the highest level since early August. It managed to move above the neckline of the inverted head and shoulders pattern. Also, the pair rose above the 25-day and 50-day moving averages while the RSI has moved above the overbought level. Therefore, the pair will likely maintain a bullish trend. 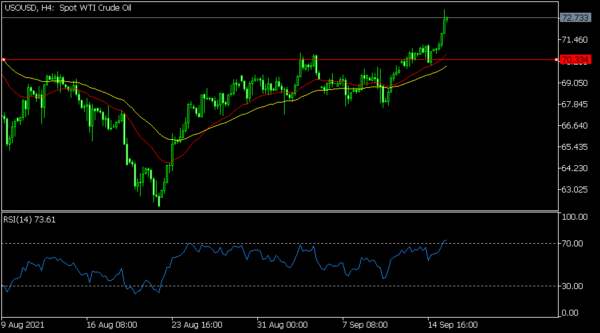