US Dollar Index Retreats As Fed Signals Rate Hikes By 2024

The Swiss franc held steady against the US dollar as traders waited for the upcoming Swiss National Bank (SNB) interest rate decision. The central bank is expected to leave interest rates at a record low of -0.75%, which makes it the most accommodative central bank in the world. It will also address the ongoing housing bubble in the country and the relatively strong Swiss franc. Some analysts believe that the bank will insist that it has tools to manage the ongoing housing market without hiking interest rates. Sounding hawkish will likely lead to a strong franc, which will disadvantage the country’s exporters.

The British pound was relatively unchanged against other currencies as traders waited for the Bank of England (BOE) decision. Like the Bank of Japan and Federal Reserve, the bank is expected to leave interest rates unchanged at 0.10%. However, the sterling will move because of the overall guidance on when it will hike interest rates. Its program for tapering asset purchases will also move the currency. Analysts expect the bank to hint about tapering later this year.

The US dollar declined against key currencies after the September interest rate decision. As was widely expected, the bank decided to leave interest rates intact between 0% and 0.25%. It also decided to continue with its asset purchases. Still, with the economy recovering well, the bank hinted that it would start tapering its asset purchases later this year. The dot plot showed that many officials expect the bank to do about 7 rate hikes by 2024. Later today, the Norwegian, South African and Turkish central banks will deliver their interest rate decisions.

The EURCHF pair is hovering close to its lowest level since September 1 as traders wait for the SNB decision. The pair is trading at 1.0830, which is slightly above this week’s low of 1.0825. On the four-hour chart, the pair has formed a bearish flag pattern and moved below the 25-day and 15-day moving averages. It is also hovering slightly above the 50% Fibonacci retracement level. Therefore, the pair will likely break out lower after the SNB decision. 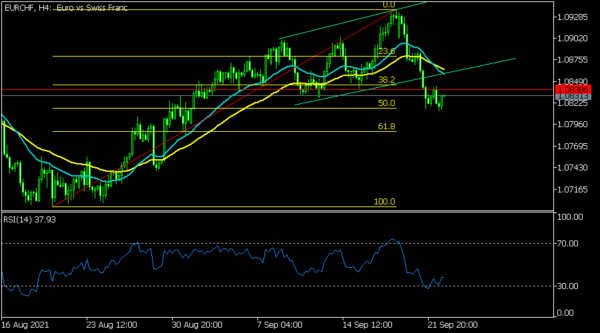 The EURGBP pair declined to a low of 0.8590 as traders waited for the BOE decision. On the four-hour chart, the price is slightly above the 61.8% retracement level. It has also formed what looks like a cup and handle pattern. The pair is between the upper and middle lines of the Bollinger Bands while the Relative Strength Index (RSI) is slightly below the overbought level. Therefore, because of the cup and handle pattern, there is a possibility that it will break out higher. 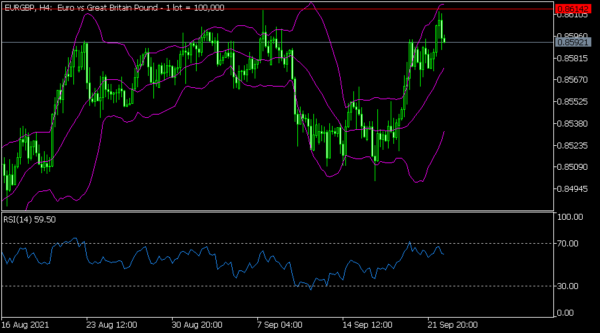 The EURUSD pair rose to a high of 1.1750 after the latest Fed decision. This price is slightly above this week’s low of 1.1700. It is also along the upper line of the Bollinger Bands and slightly above the 25-day moving average. It has also formed a double-bottom pattern and moved above the dots of the Parabolic SAR. Therefore, the pair will likely keep rising ahead of the flash manufacturing and services PMIs. 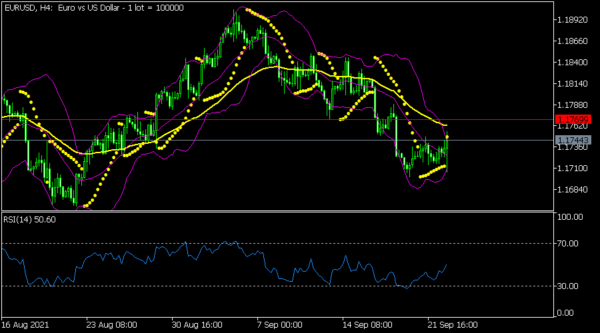