US equities continued their struggle as the market weighed the change of tone by the Federal Reserve. The Dow Jones, Nasdaq 100, S&P 500, and Russell 2000 all declined by over 0.50% while bond yields rose. On Wednesday, minutes by the Fed showed that the bank will continue increasing rates in May and in the next few meetings. Another change is that the bank will start implementing quantitative tightening by selling bonds worth $75 billion every month. The report came a day after Lael Brainard, an advocate for low rates, said that she was supportive of these policies. Data from the US showed that initial jobless claims dropped to 166k last week.

Volatility in the market also happened as concerns about the manufacturing sector continued. Data published this week by Markit revealed that the sector was underperforming. Part of this concern is the ongoing Covid-19 crisis in China. The government has implemented stringent measures to curb the pandemic such as locking down Shanghai. As a result, companies like Tesla and Apple have been forced to slow down their production. Tesla shut down its plant in Shanghai in March and has not set a date for reopening. Other firms that have been affected are Volkswagen and Thyssenkrupp.

The Canadian dollar declined against the US dollar ahead of the latest jobs data. Economists expect these numbers to show that the country’s job market remained tight in March as the recovery continued. Analysts are hoping that the economy will have added over 80k jobs during the month. They see the unemployment rate falling to 5.3% while the participation rate rose to 65.4%. The Canadian dollar also declined because of the falling oil prices. Brent declined to $99.35.

The XBRUSD pair declined to a low of 99.35, which was substantially lower than the year-to-date high of 134. On the four-hour chart, the price has moved below the 25-day moving average. It is also below the descending trendline shown in red. The Stochastic SAR and the Commodity Channel Index have tilted lower. Therefore, the pair will likely keep falling as bears target the support at 95. 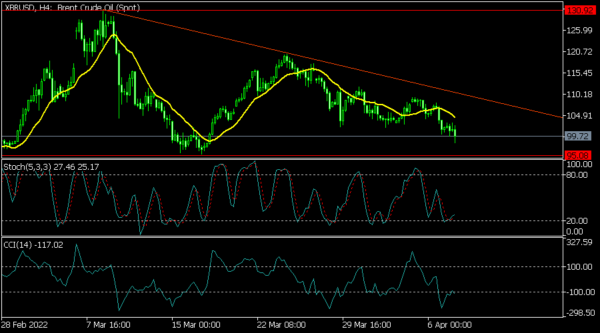 The EURUSD pair continued falling as global risks rose. The pair moved to a low of 1.0872, which is slightly above the key support at 1.0850. The pair has moved below the 23.6% Fibonacci retracement level. It also moved below the short and longer-term moving averages. Therefore, it seems like bears are prevailing, meaning that it will likely keep falling in the near term. 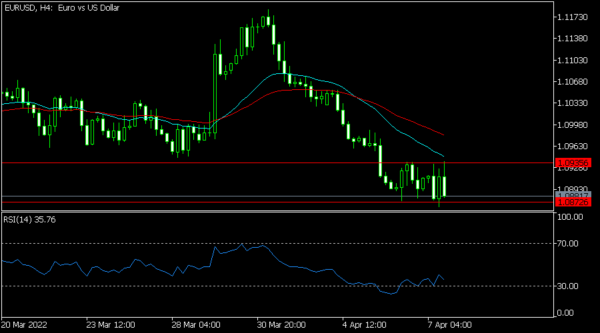 The USDCAD pair rose to a high of 1.2600, which was the highest point since March 22. The pair moved above the key resistance at 1.2585, which was the highest level on March 29. The William % Range rose to the overbought level. The pair is also above the 25-day moving average. Therefore, there is a likelihood that the pair will hold steady ahead of the upcoming Canada jobs data. 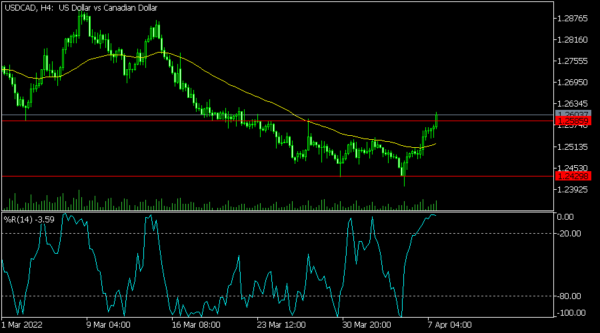