EURUSD Attempts to Recover ahead of ECB Decision

American equities jumped as investors cheered the start of the earnings season. Companies that published their results in the season’s first day delivered mixed earnings. Blackrock was among the biggest winners as its net income jumped to $1.46 billion, up by 18% from a year earlier. This happened as the company’s inflows jumped by $114 billion. JP Morgan Chase’ revenue rose to $31.59 billion while its adjusted earnings rose to $2.76. Bed Bath & Beyond, on the other hand, said that its revenue dropped by 22% to $2.05 billion. The top companies that will publish their results today are UnitedHealth, Rent the Runway, State Street, Wells Fargo, PNC, Morgan Stanley, and Goldman Sachs.

The price of crude oil rose modestly after the latest report by the International Energy Agency (IEA). The Paris-based agency said that its forecast for fuel consumption will be 99.4 million barrels per day. This was a slight decline from the previous estimate of 99.7 million barrels per day. The agency said that plans by countries like the United States, UK, and Germany to release 240 million barrels of oil from their reserves will help to contain the deficit. The statement came two days after Vitol announced that it will stop trading Russia-origin crude by end of the year.

The Canadian dollar rose sharply against the US dollar after the latest decision by the Bank of Canada (BOC). As was widely expected, the bank decided to hike its benchmark interest rate by 0.50% in a bid to rein in high inflation. The bank also announced that it will start a process known as quantitative tightening (QT) that will involve selling bonds it accumulated during the pandemic. It will not replace the maturing government bonds. The statement came on the same day that the RBNZ also boosted rates. Later today, the Turkish and European central banks will publish their decisions.

The USDCAD pair declined sharply after the BOC published its interest rate decision. It moved to a low of 1.2590, which was the lowest level since Monday. The price was also lower than the intraday high of 1.2677. On the four-hour chart, the pair moved to the 38.2% Fibonacci retracement level while the Williams %R moved to the oversold level. Therefore, the pair will likely drop and retest the support at 1.2520. 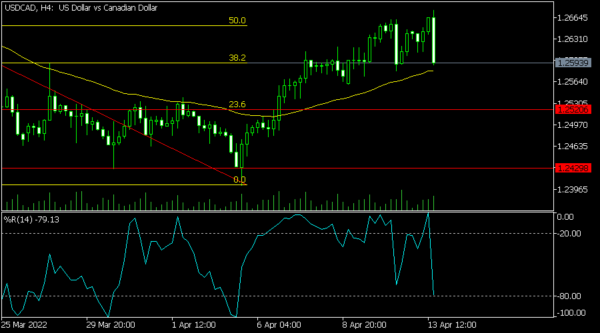 The EURUSD pair tilted upwards as investors waited for today’s ECB decision. The pair rose to a high of 1.0866, which was slightly higher than this week’s low of 1.0810. On the four-hour chart, the pair remains below the short and longer moving averages. The MACD has moved below the neutral level while the Relative Strength Index (RSI) has tilted upwards. Therefore, the pair will likely keep rising ahead of the ECB decision. 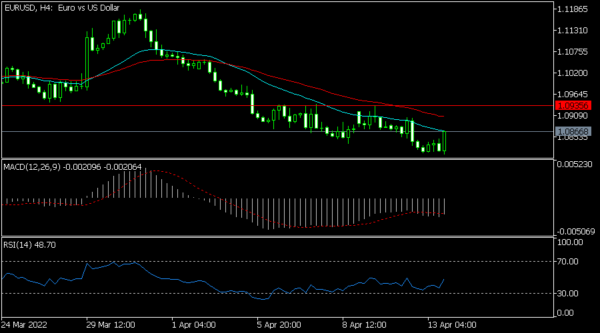 The XBRUSD pair rose to an intraday high of 106.87 after the report by IEA. On the four-hour chart, the pair managed to move above the upper side of the descending trendline. It also moved slightly above the 25-day and 50-day moving averages while oscillators have been rising. Therefore, the pair will likely resume the bearish trend because of the descending triangle pattern. 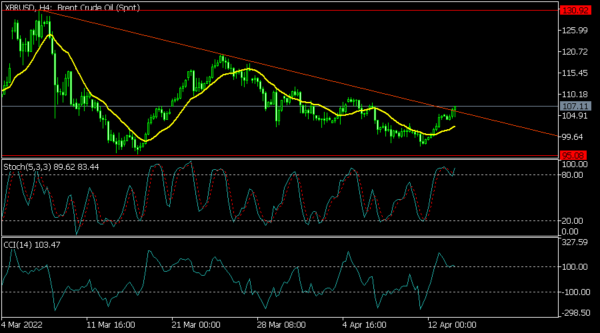