American stocks rose as the earnings season continued. The Dow Jones, S&P 500, and Nasdaq 100 indices rose by more than 1% on Tuesday. Johnson & Johnson published mixed quarterly results as its EPS beating and revenue missing analysts’ forecasts. It also lowered its forward guidance for the year. Meanwhile, Hasbro published weaker-than-expected profits as the cost of doing business rose, Travelers Companies and Lockheed published mixed results as well. The most notable name was Netflix, whose shares crashed by 25% after its earnings. The firm lost customers for the first time in a decade. The stocks jumped even as US bond yields rose to the highest level in years.

The euro declined slightly against the US dollar after the IMF downgraded the global economic outlook. The agency expects that the global economy will grow at about 3.6% this year. It also warned that the European Union will have a worse performance because of the ongoing crisis in Ukraine. The euro will react to the latest industrial production data from the Eurozone. Economists expect the data to show that the production rose by 1.5% in February. Eurostat will also publish the latest trade balance data.

The US dollar continued its bullish trend on Wednesday morning as US bond yields continued rising. It also rose as investors reacted to strong housing data from the US. Housing starts rose from 1.788 million in February to 1.79 million in March. This increase was better than the median estimate of 1.745 million. Further, building permits rose from 1.865 million to 1.873 million in the same period. These numbers mean that the economy is doing well. The US will publish the latest existing-home sales data later today.

The USDCHF pair rose to a high of 0.9495 as the dollar strength continued. It has been in a strong bullish trend in the past few weeks. As a result, it is along the upper side of the Bollinger Bands. It has also moved above the 25-day and 50-day moving averages while oscillators like the Relative Strength Index and the MACD continued rising. The pair will likely keep rising in the coming days. 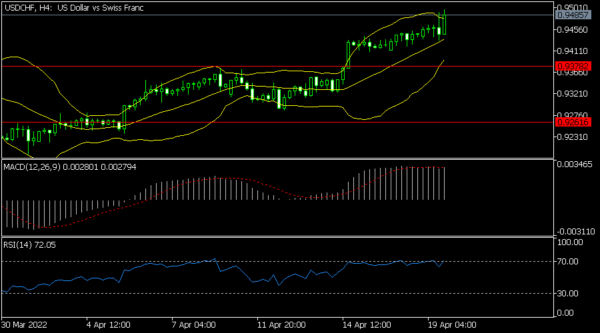 The EURUSD pair remained under pressure as US bond yields continued rising. It is trading at 1.0795, which is slightly above this week’s low of 1.0760. It has moved below the 25-day and 50-day moving averages while the Stochastic Oscillator has pointed upwards. The MACD is below the neutral level while the pair has declined below the support at 1.0800. Therefore, the pair will likely continue its bearish trend. 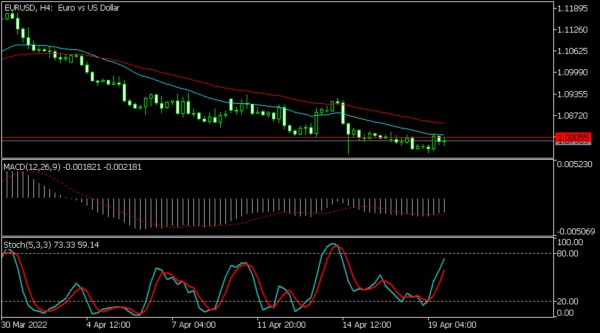 The Nasdaq 100 index rose as investors reacted to the ongoing earnings season. It rose to a high of $14,157, which is higher than this month’s low of $13,730. On the daily chart, the pair has moved between the lower and middle lines of the Bollinger Bands. It is also between the 23.6% and 38.2% Fibonacci retracement levels. The index will likely retreat today as some investors take profits. 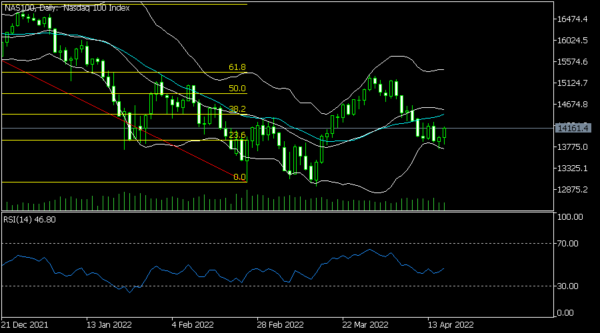