US equities bounced back on Monday as investors reacted to the deal between Twitter and Elon Musk. In a statement, Twitter said that it had reached a deal to sell itself for $44 billion. The Dow Jones rose by 238 points while Nasdaq 100 rose by 165 points ahead of the upcoming big tech earnings. Investors are concerned about the slowing economy as China locks down major cities like Shanghai and as the war in Ukraine continued. Some of the top movers were companies like Moderna, Match Group, and Alphabet. Coca-Cola shares rose after the company announced spectacular results. On the other hand, companies like Schlumberger, Haliburton, and Deere declined by more than 8%.

The US dollar index held steady as the CBOE volatility index rose. The index rose above $101.75, which was the highest level since 2020. The currency will react to the latest durable goods order, consumer confidence, and new home sales numbers. Economists expect the data to show that consumer confidence rose from 107.2 in March to 108.0 even as inflation continued. Further, they expect that new home sales reduced from 772k to 765k. Other numbers are expected to show that durable goods orders rose to 1.0% after falling by 2.1% in February.

Gold crashed to the lowest level since March 25th as the commodity sell-off continued. It declined sharply even as bond yields also crashed hard. For example, the 10-year yield declined to 2.78%, which was lower than this year’s high of 2.98%. Similarly, the 30-year yield dropped to 2.87% while the 2-year fell to 2.57%. In addition to gold, other commodity prices also declined sharply. For example, silver crashed to $23 while Brent and West Texas Intermediate (WTI) fell to $100 and $96.30, respectively.

The XAGUSD pair crashed hard as commodity prices declined. It fell to a low of 23.40, which was the lowest level since February 18. On the four-hour chart, the pair moved below the important support level at 23.93. It also moved below the 25-day and 50-day moving averages. The DeMarker indicator moved below the oversold level. The price is also along the lower side of the Bollinger Bands. Therefore, the pair will likely have a relief rally soon. 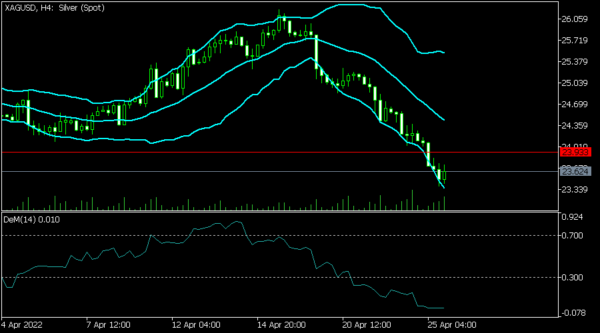 The XAUUSD pair crashed to a low of 1,889, which was last at the lowest level on March 29. On the four-hour chart, the pair managed to move below the 25-day moving average while the momentum indicator has been falling. The commodity channel index has also moved below the oversold territory. Like silver, there is a possibility that the pair will likely rebound in the near term. 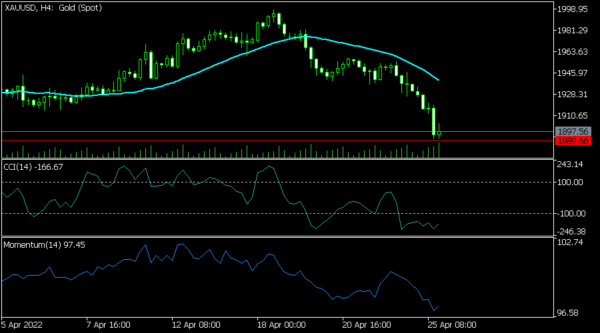 The EURUSD pair continued its bearish trend in the past few days. The pair crashed to the lowest level since 2020 as volatility rose. It has moved below the 25-day and 50-day moving averages. Also, the Relative Strength Index (RSI) is approaching the oversold level on the 4H chart. The Stochastic oscillator is hovering near the oversold level. Therefore, the pair will likely have a relief rally today. 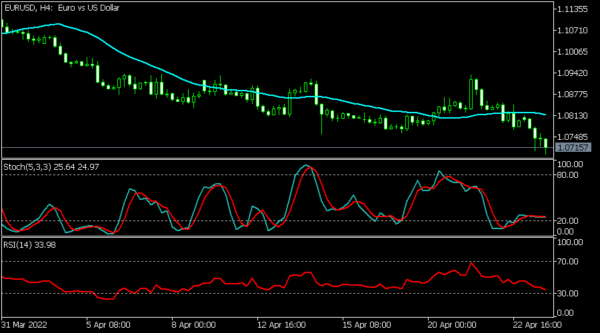