US Dollar Index and Stocks Steady ahead of PCE Data

The US dollar continued its bullish rally even after the disappointing GDP numbers. According to the statistics agency, the country’s economy contracted by 1.4% in the first quarter. This decline was the worst since the pandemic started in 2020. It was attributed to ongoing supply chain disruptions and the fact that consumer prices kept rising. Another contributor was the fact that the country continued to experience a widening trade deficit. Therefore, the slowing economy will complicate the situation for the Federal Reserve, which has pledged to continue accelerating its tightening policy.

The euro continued to decline as investors waited for the preliminary consumer inflation and GDP numbers from the Eurozone. Economists expect that data by Eurostat will show that the headline CPI slowed down modestly from 2.4% to 1.8% in April. On a year-on-year basis, inflation is expected to have risen from 7.4% to 7.5%. On the other hand, excluding the volatile food and energy prices, analysts expect that inflation rose from 2.9% to 3.2%. There are concerns that an embargo of natural gas from Russia will lead to higher inflation.

There will be several important events in the economic calendar. In the United States and other European countries, the earnings season will continue. Some of the top companies that will publish their results are Colgate-Palmolive, Honeywell, LyondellBasell, CBOE, and AbbVie among others. Meanwhile, in Switzerland, the head of the Swiss National Bank will deliver a speech while the statistics agency will publish the latest retail sales data. The other key economic data will be German and Canada GDP and the American PCE numbers.

The EURUSD pair is hovering near its lowest level in more than five years even after the disappointing economic data from the United States. It is trading at 1.0510, which is below the dots of the Parabolic SAR and the 25-day moving average. The Relative Strength Index has moved below the oversold level while the Average Directional Index is rising. The pair will likely start to rise considering that this is the last day of the month. 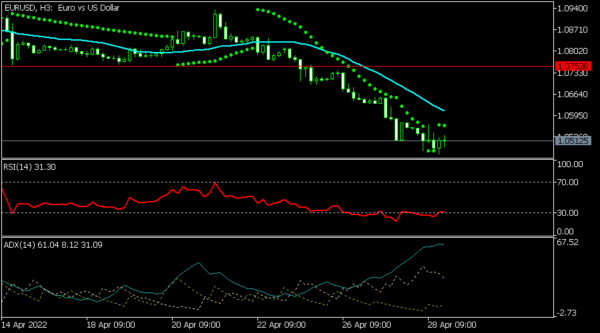 The AUDUSD pair continued its downward trend even after Australia published strong inflation data. It is trading at 0.7100, which is close to the lowest level since February. The pair has moved between the lower and middle lines of the Bollinger Bands while the RSI has risen above the oversold level. It is also slightly below the dots of the Parabolic SAR. Therefore, the pair will likely keep falling as bears target the key support at 0.7000.

The NZDUSD pair continued the downward trend as the strength of the US dollar continued. The pair is slightly above the lower side of the Bollinger Bands and the 25-day moving average. At the same time, the MACD has moved below the neutral level while the Relative Vigor Index (RVI) is moving sideways. Therefore, the pair will likely crawl back as investors target the middle line of the Bands. 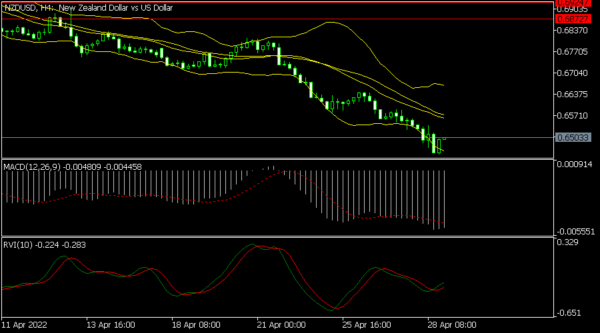