US stocks made some gains on Tuesday as investors continued focusing on the upcoming Fed decision. The Dow Jones rose by over 300 points while the Nasdaq 100 and S&P 500 indices added over 0.50%. Investors believe that the Fed will continue tightening its policy by hiking interest rates by 0.50%. Still, most analysts believe that the FOMC is between a rock and a hard place considering the economy is slowing down. Stocks also rose after data revealed that the number of job openings and workers who quit, rose in March. In total, over 4.5 million people quit their jobs while the number of openings rose to over 11.5 million. Hiring cooled to 6.7 million.

The price of crude oil moved sideways as investors waited for the important monthly meeting by OPEC+ members. They will deliberate the ongoing supply and demand dynamics and decide whether to maintain the status quo on supply increases. Analysts believe that members will decide to continue to increase their production gradually as demand from China slows. The price will react to the latest inventories data by the Energy Information Administration (EIA). Analysts expect the data to show that inventories declined by more than 1.16 million after climbing by 0.692 million in the previous week.

The most important event today will be the Fed decision. It will be the key driver for most assets like stocks, currencies, and cryptocurrencies. Before the Fed makes its decision, ADP will publish its estimates of jobs numbers. Analysts believe that the private sector added 395k jobs in April after adding 455k in the previous month. Other important numbers will be the latest services PMI numbers from the US and other countries. The UK will publish its mortgage approvals and lending data.

The XBRUSD pair was little changed ahead of the upcoming OPEC+ meeting and US inventory data. It is trading at 105.93, which is slightly below the highest level last week. It is also trading along the 25-day and 50-day moving averages while oscillators like DeMarker and Stochastic have pointed downwards. It has formed head and shoulders and a small double-top patterns. Therefore, the pair will likely keep falling as bears target the key support at 100. 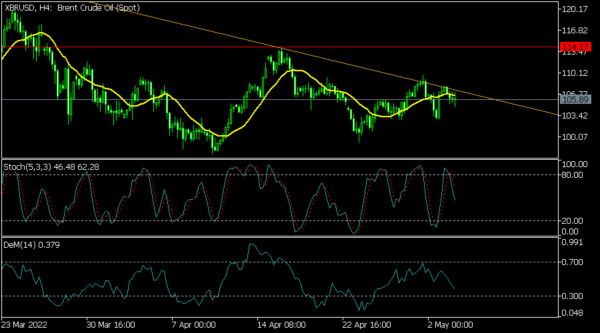 The EURUSD pair was little changed ahead of the upcoming interest rate decision by the Fed. It is trading at 1.0531, where it has been in the past few days. The pair is slightly above this week’s low of 1.0480. The Bollinger Bands have narrowed, signaling that there is no volatility. The Stochastic Oscillator is rising while the RSI is at 50. The pair will likely remain in this range ahead of the FOMC decision. 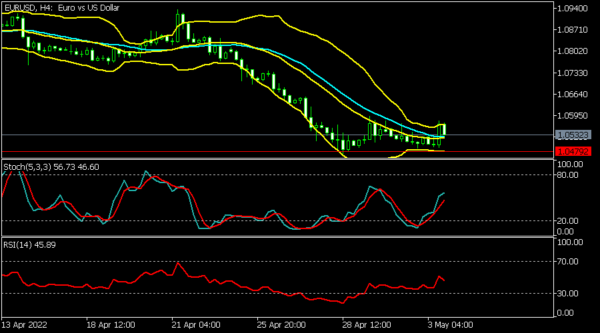 The XNGUSD pair rose to a high of 8.20, which was the highest level since April 22. The pair has moved above the 25-day and 50-day moving averages. It has also crossed the important resistance at 7.5, which was the highest point since last week. The MACD and the DeMarker indicators have also kept rising. Therefore, the pair will likely keep rising. 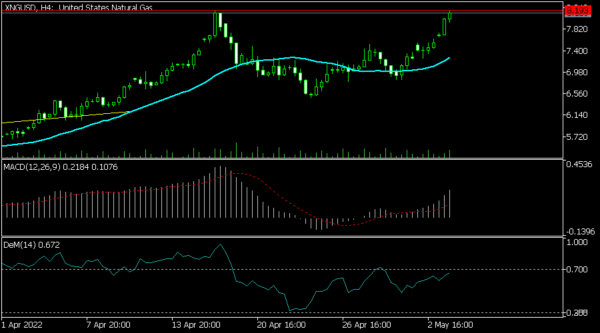