The price of crude oil moved upwards after Hungary vetoed a decision by the European Union to ban almost all imports of Russian oil. The country said that banning oil from the country would lead to higher prices and affect its economy. In a statement, the Hungarian foreign minister said that it will only agree with those sanctions if pipeline imports were exempt from the sanctions. Slovakia and Czech Republic have also expressed concerns about banning oil since they rely on the Soviet-era Druzhba pipeline. Meanwhile, data from the EIA showed that inventories rose from over 1.302 million barrels.

The US dollar retreated against other currencies after the Federal Reserve delivered its interest rate decision. As was widely expected, the bank decided to hike interest rates by 0.50%, which was the biggest increase since 2000. The bank will also start implementing its quantitative tightening policy next month. Still, there are concerns that the bank made a bad decision considering that the economy is slowing down. Data published by ADP showed that the private sector added just 247k jobs from the previous 479k. Further numbers revealed that the country’s trade deficit widened to a record $109.8 billion.

The British pound declined ahead of the upcoming Bank of England (BOE) decision. The bank is expected to hike interest rates by 0.25%. If this happens, it will be the fourth interest rate hike since December last year. However, with the UK economy slowing, there is a likelihood that the bank will hint that it will pause increasing rates. The other key events to watch will be the global services and PMI numbers and the Turkish consumer inflation data. The earnings season will continue, with companies like Under Armour, Sprott, DraftKings, and Citrix will publish their results.

The XBRUSD pair rose slightly after the US inventories numbers. It is trading at 107.91, which was higher than last month’s low of 98.05. It has moved slightly above the descending trendline that is shown in brown. The pair has moved slightly above the 25-day moving average while the Stochastic Oscillator is approaching the overbought level. It will likely continue rising as bulls target the key resistance level at 110. 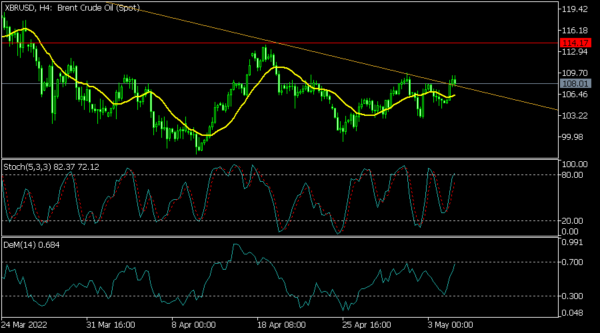 The EURGBP pair tilted upwards ahead of the upcoming Bank of England decision. The pair rose to a high of 0.8445, which was the highest level since April 29. It has moved above the upper side of the Bollinger Bands. At the same time, the MACD has moved slightly above the neutral level while the Williams %R moved to the overbought level. Therefore, the pair will likely keep rising as bulls target the key resistance at 0.8470. 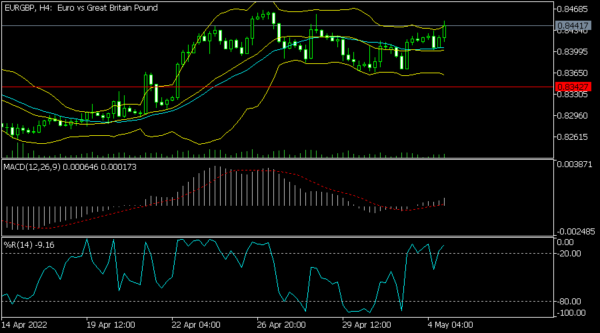 The EURUSD pair rose to a high of 1.0643, which was the highest level in more than week. On the four-hour chart, the pair moved above the dots of the Parabolic SAR. It also moved above the 25-day moving average while the Average Directional Index (ADX) has fallen. The Relative Strength Index (RSI) has also been rising. Therefore, the pair will likely keep rising in the near term as bulls target the key resistance at 1.0700. 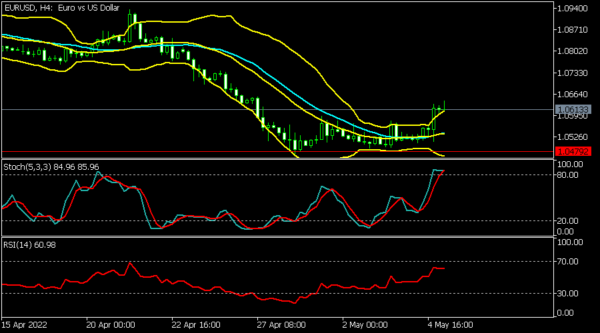