‘Simply by diffusing better the technology we already have in the euro area, we could make sizeable gains in productivity’. – Mario Draghi, ECB

The European Central Bank Mario Draghi did not provide any news in terms of monetary policy during his speech on Monday. Back on Friday, sources close to the ECB, reported that policymakers discussed the possibility of raising interest rates before the end of asset purchases but the discussion was brief and light. However, the Euro managed to rise against other major currencies on rate hike rumours. In his speech, Mario Draghi mainly focused on productivity growth in the Euro zone, which, according to him, slowed markedly over the last several years. Draghi suggested that if the non-high-tech sector adopts more innovative technology that would provide sufficient support to productivity growth in the region, adding that higher productivity growth is important for the European socio-economic model that includes higher wages and a greater degree pf social protection. The ECB President also highlighted the benefits of investment in intangible assets, such as R&D, claiming that companies, which invested in intangibles, reflected greater ability to innovate and adopt technologies. Draghi also urged companies to make greater investment in human capital and management, to improve their productivity. Analysts suggest that the ECB is likely to keep its policy unchanged until the end of its QE programme, or March 2018. 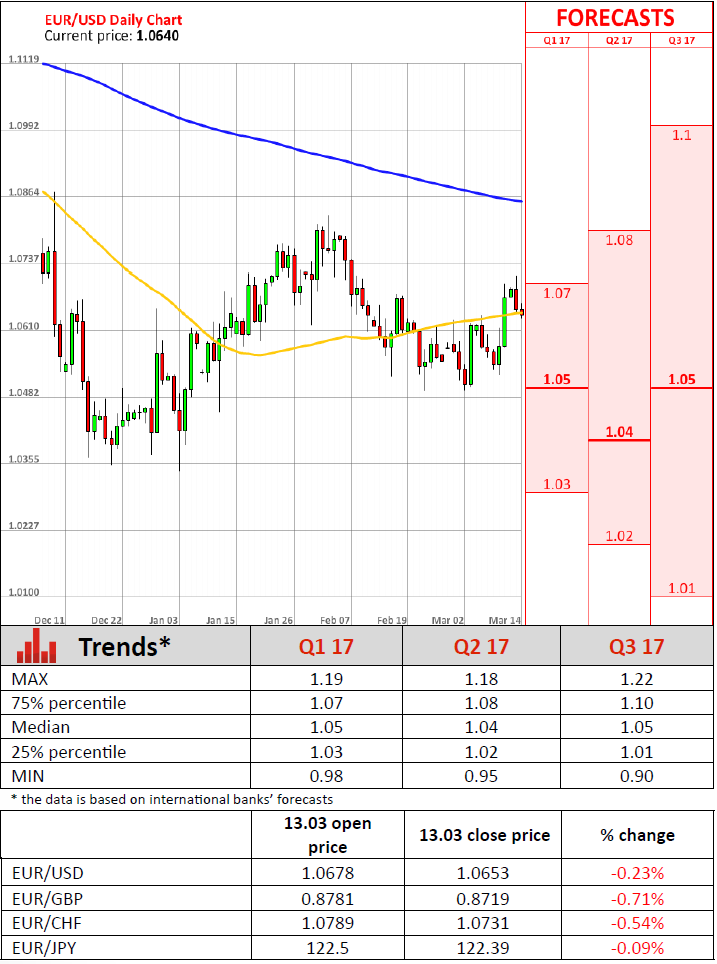