The sell-off in the British markets intensified on Friday. Traders seem to have held back from action until last in the run-up to the Bank of England rate decisions and the interim budget announcement. Both of these events failed to impress the markets. 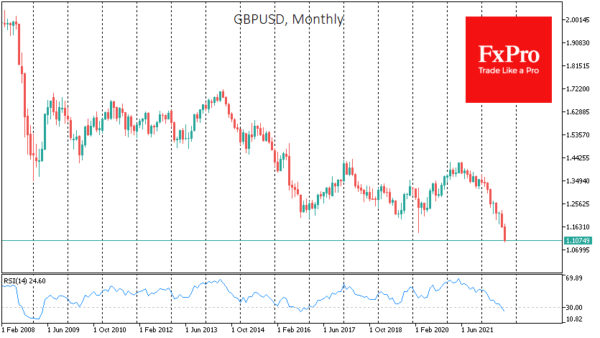 The Bank of England raised the rate by 50 points accumulating behind the Fed, while the new economic plan failed to alleviate fears over the threat of recession. GBPUSD has been losing around 2% since the start of the day on Friday, recording a low at 1.1020. Usually, the weakness in the GBP supports the British market, but today we see buyers capitulating with a loss of over 2.5% in the FTSE100. The index fell below 7000 for the first time in three months. In dollars, British assets were down 4.5% on Friday alone. 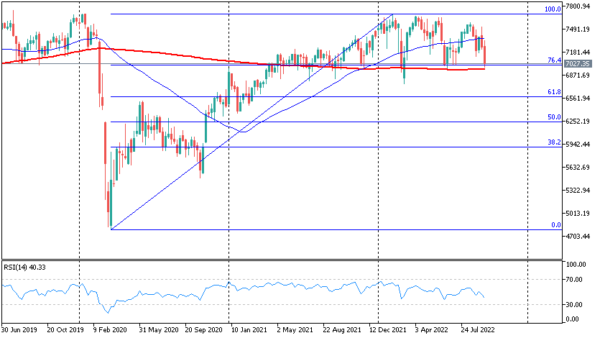 The economic indicators published today are adding to the sell-off in the markets. For example, the GfK consumer confidence indicator fell from -41 to -49, breaking a historical record since 1974. The CBI retail activity indicator fell from 37 in August to -20 in September against expectations of 9. 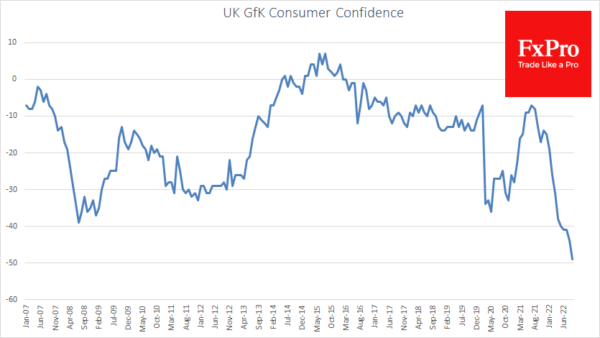 Preliminary PMI estimates also gave no reason to buy assets, noting a further fading of economic activity faster than expected. The Composite PMI fell from 49.6 to 48.4 against the expected 49.0 after the Services index collapsed from 50.9 to 49.2.

GBPUSD has lost 19% since the beginning of the year, which, combined with 10% inflation, should make the government and Bank of England more nervous. We should not be surprised if UK officials step up their efforts to maintain the pound, which could dramatically increase currency market volatility. 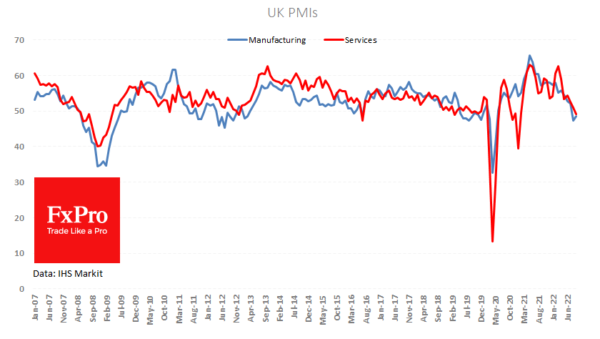