‘The worrisome scenario is that the run-up in mortgage rates over the past few months has taken a chunk out of demand’. – Stephen Stanley, Amherst Pierpont Securities

Sales of new homes in the Unites States dropped to a 10-month low last month, official figures revealed on Thursday. According to the Commerce Department, home sales fell 10.4% to a seasonally adjusted annual pace of 536,000 units in December, whereas the November reading was revised up to 598,000 from the originally reported 592,000 unit-pace. Market analysts anticipated a slight decrease to 585,000 units during the reported period. The December figure marked the first monthly decline in the last three months. On an annual basis, sales were down 0.4% compare to December 2015. For all of 2016, new home sales grew 12.2% to 563,000 units, the highest level since 2007. Nevertheless, a severe lack of houses for sale continue to challenge the market. Earlier this week, the NAR said that the supply of preowned houses on the market fell to a 17-month low last month. Analysts say that the rise in mortgage rate is unlikely to have a major impact on the housing market. However, forecasts suggest further increases if the Federal Reserve keeps its promise to raise interest rates at least three times in 2017.

Separately, the Labor Department reported initial jobless claims rose to 259,000 in the week ending January 20, following the preceding week’s 237,000 filings and surpassing analysts’ expectations for an increase to 247,000. 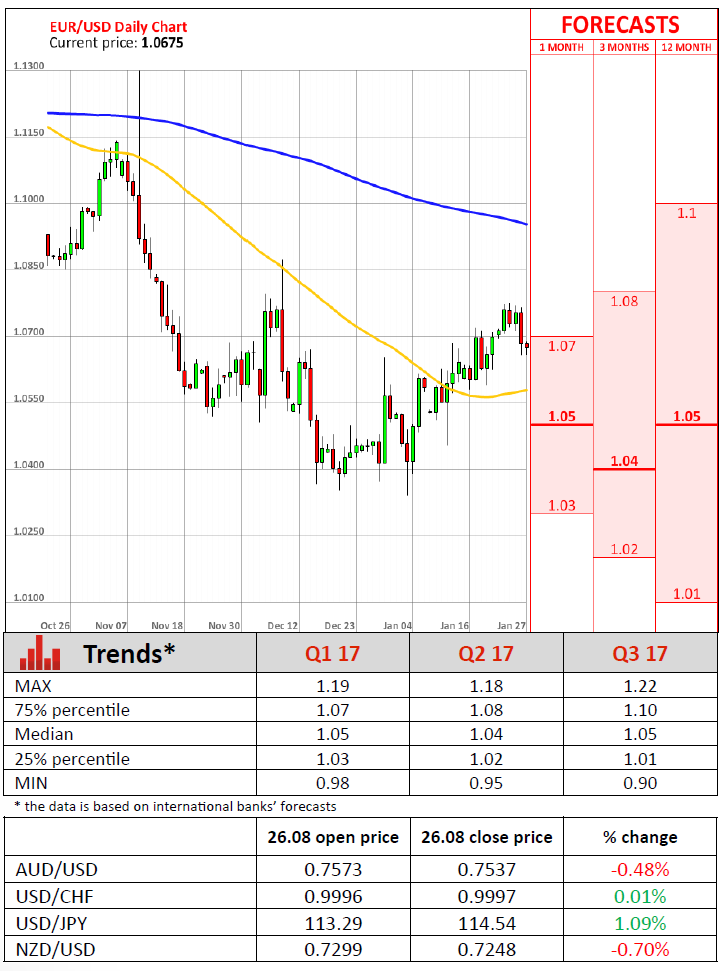