Total employment declined by 14.6k (0.1%) in December 2022, following an increase of 58.3k in November (revised from 64.0k) and an average monthly growth of around 40k between August and November.

Monthly hours worked decreased by 0.5%, greater than the decline in employment, for the second consecutive month following and hours worked peak in October.

There appears that a lift in illness could have been a drag on employment with the number of people working reduced hours due to illness increasing by 86k to 606k which is over 50% higher than we would usually see at this time of the year. 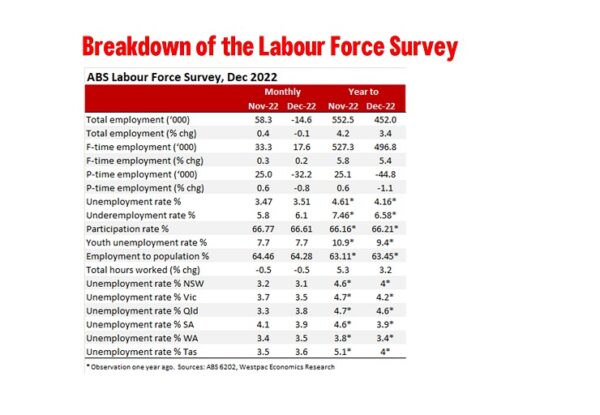 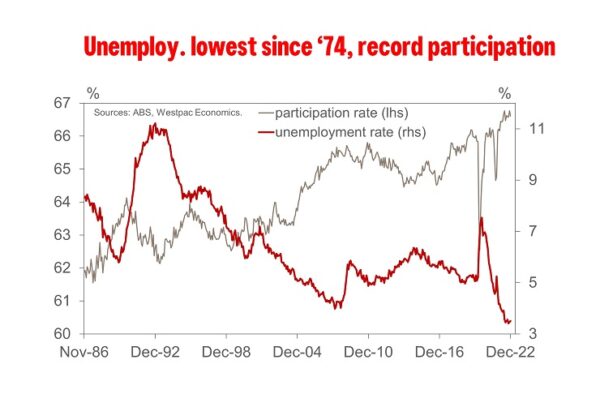 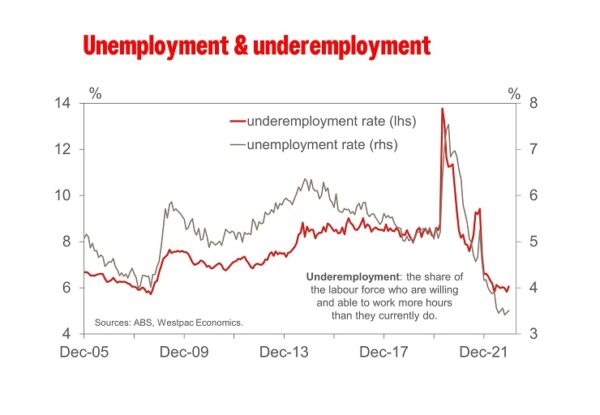 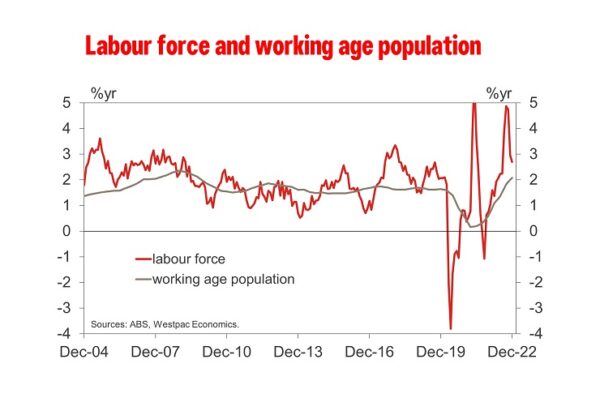 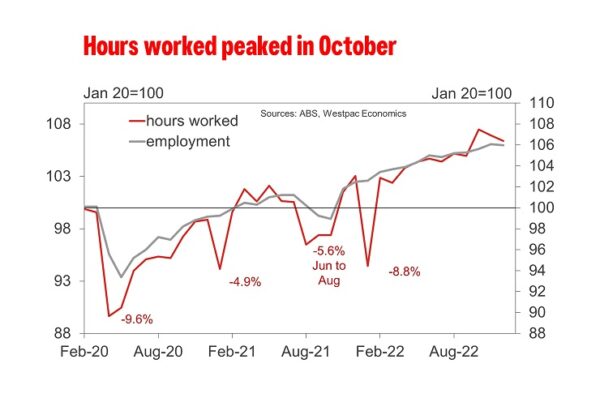