Action Forex
HomeContributorsFundamental AnalysisFed Preview: What It Takes for the Fed to Cut Rates

Fed Preview: What It Takes for the Fed to Cut Rates

Fed Preview: What It Takes for the Fed to Cut Rates

The Fed appears adamant to raise Fed funds rate to 5%, but it will take a little longer than we previously expected. We now look for the Fed to hike 25bp next week followed by two more 25bp hikes in March and May to conclude the hiking cycle. For markets, focus has already turned to looming cuts – the swap market discounts first two 25bp rate cuts already in the second half of this year. We look at what it takes this time for the Fed to cut rates.

Normally, a turn in the business cycle paves the way for the Fed to cut rates. This time it needs to take into account the risk of prolonging the underlying inflation. The drop in inflation and wage growth are encouraging signs for the Fed, but labour market conditions remain tight. Recent easing in financial conditions and higher metal prices point towards a rebound in the manufacturing cycle, but the Fed cannot risk retightening labour markets too early when no real slack has been created. For now, most leading indicators remain firmly at recessionary levels, and we expect modest GDP contraction in the coming quarters, but the downturn could be shallower than previously thought. Some further easing in labour market conditions will still be needed for the rate cuts to materialise. 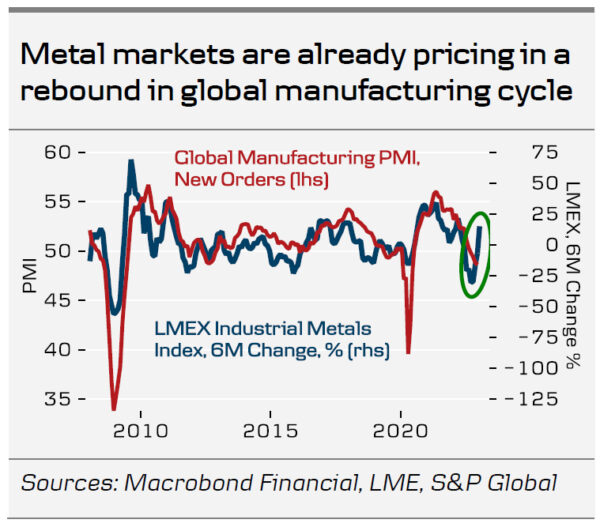 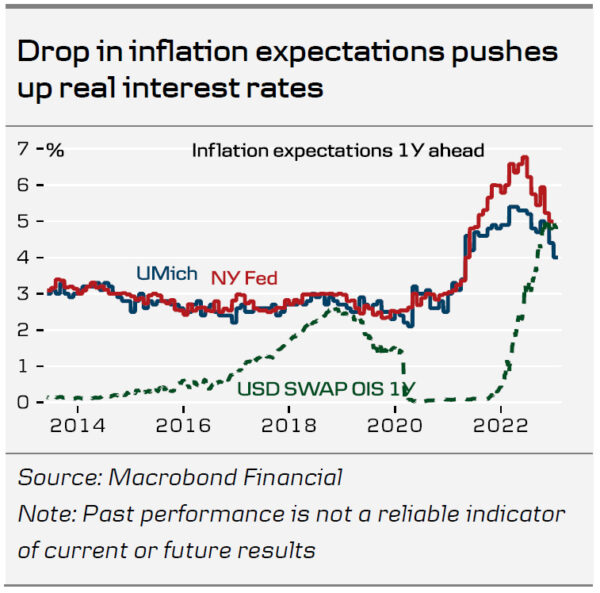 The neutral rate of interest in the US is higher now than before the crisis. There is still a real money balance surplus in the US. It requires the Fed to keep real interest rates higher to avoid a resurgence in inflation. If the neutral Fed funds rate was 2-2.5% before the crisis, it might now be 2.5-3%. It dictates the end-point for future rate cuts. 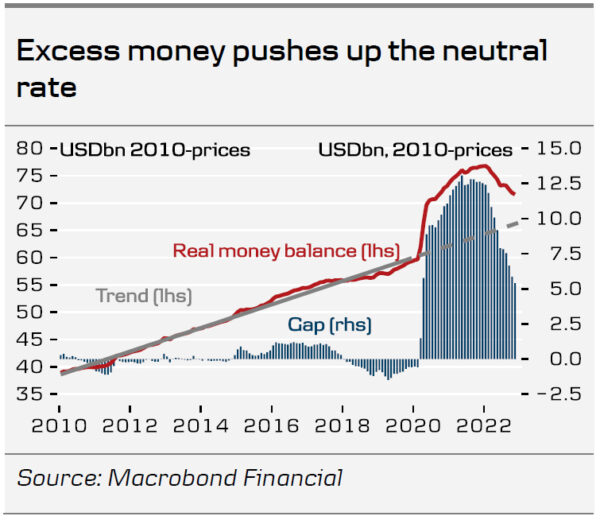 The market discounts the Fed to hike Fed funds to 4.9% in June and lower it to 2.5% in the coming 2-3 years. We think the trajectory looks broadly fair, but see upside to the front end of the curve and in particular 6M-2Y, i.e. we expect rates to peak at slightly higher level, for the Fed to first cut rates in 2024 and probably not all the way to 2.5%. This is a soft landing scenario for interest rates, where the US gets away with mild recession or avoids it completely. If inflation starts to rebound (e.g. on the back of the recent rally in commodity prices), the Fed may have to keep Fed funds at 5% or higher for longer. If labour market conditions suddenly deteriorate and inflation plunges, rate cuts would come sooner.