‘The acceleration in house price inflation in the fourth quarter of last year has undoubtedly continued into the start of this year and will remain a thorn in the side of the Reserve Bank of Australia for a while yet.’ – Paul Dales, Capital Economics

The minutes, which were released on Tuesday, showed that members of the RBA were generally upbeat about both global and domestic economic growth. Policymakers said that global industrial production and merchandise trade improved markedly over the last several months. Furthermore, members saw significant improvements in global business sentiment and inflation. According to the minutes, economic growth climbed 1.1% in the Q4 of 2017, following a 0.5% contraction in the September quarter, which was triggered by temporary factors. The economy managed to recover in the December quarter thanks to solid export growth and a rebound in consumption and business investment. Nevertheless, members pointed to mixed labour market trends, as the economy saw strong growth in part-time employment and low wage growth. Moreover, data released last week showed that the Australian jobless rate rose unexpectedly to 5.9% in February. Members of the committee noted that financial markets were quite over the previous month, as investors turned their attention to the March meeting of the Federal Reserve and the upcoming European elections. Policymakers also expressed concerns over the Australian housing market, pointing to a steep rise in prices since the global financial crisis. 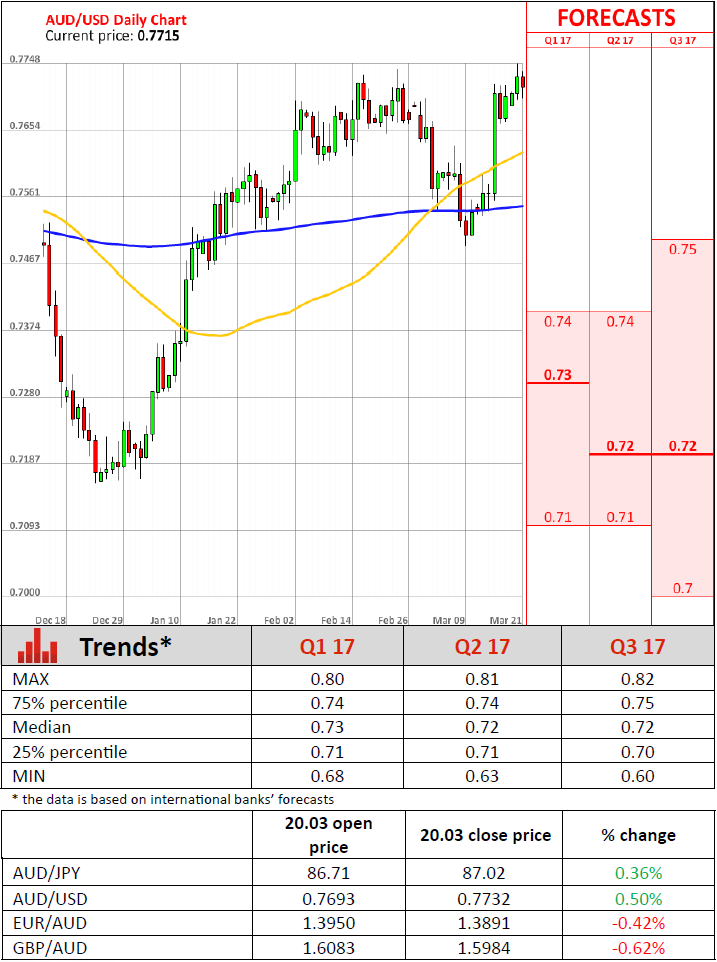