‘…USD/CHF, doesn’t appear to be in tandem with the others and that’s the first thing to reconcile’. -Ian Copsey (based on investing.com)

Switzerland’s KOF Economic Barometer dropped unexpectedly in the first month of 2017, official figures revealed on Monday. In a report, the KOF Economic Research Agency said its economic barometer, which aims to track the direction of the Swiss economy, came in at 101.7, the lowest reading in four months, in January, falling behind market analysts’ expectations for 102.9 points. Meanwhile, the December figure was revised down to 102.1 points from the originally reported 102.2. The 2014 KOF Economic Barometer version is based on 219 economic indicators. In January, the largest negative contributions came from private consumption, the financial sector and hotel and restaurant industry. These negative contributions offset positive contributions in the manufacturing, construction and export sectors. Overall, business confidence in the Swiss economy averaged 100.68 between 1991 and 2017, hitting its all-time record highs of 118.20 in April 2010 and record lows of 69 in December 2008.

After the release, the Swiss Franc fell slightly against other major currencies, trading at 1.0687 against the Euro, 1.2542 against the British Pound, 0.9989 against the US Dollar and 117.97 against the Japanese Yen. 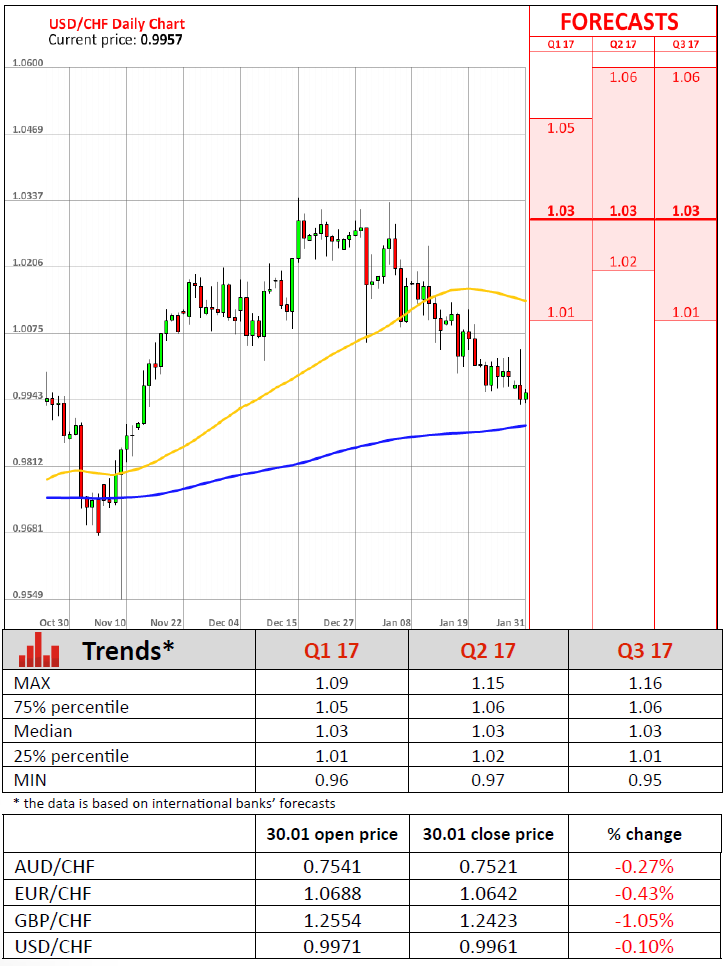