US Oil remained in red last week after recovery attempts were capped under psychological $50 per barrel resistance, as hopes that output cut agreed between OPEC and non-OPEC oil producers was offset by persistently high crude inventories. Oil producers agreed to curb production by 1.8 million barrels per day, from Jan 1 for six months, in order to drain record stockpiles, but inventories remain high.

WTI oil price was in stable descend from the beginning of the week, with spikes higher on concerns over North Korea’s missile launch and weaker US dollar, being short-lived.

US oil traded in a choppy and wide-range mode on Tuesday and Wednesday, hitting weekly high at $49.46 per barrel and low of the week at $47.08 per barrel, when the price retested Mar 14 low nearly four-month low.

Brent oil contract for May was also pressured by rising crude stocks and failure of OPEC production cut plan to lift oil prices and fell to the lowest level since Nov 30 at $49.70, on the second attempt below psychological $50 per barrel support.

Crude Oil prices maintain negative sentiment after taking out some important technical supports and may extend losses further in the coming sessions.

Natural gas contract for April delivery registered strong gains at the beginning of the week, hitting the highest level since February, after forecasts showed cooler weather on the way that boosted the price.

The price hit the weekly high at $3.105 per million BTU on weather forecast, but pulled back on forecasts for warmer weather, ahead of Natural Gas Storage report.

Data released on Thursday showed draw in draw of 150 billion cubic feet that was in line with forecasts. Natural gas price returned above $3.000 per million BTU, after support was cracked on dip to $2.980 just before data release.

Despite warmer weather that is expected to drop gas demand to 84 billion cubic feet per day, traders were more focused on high stockpiles, low production and rising exports as key factors that direct natural gas price. 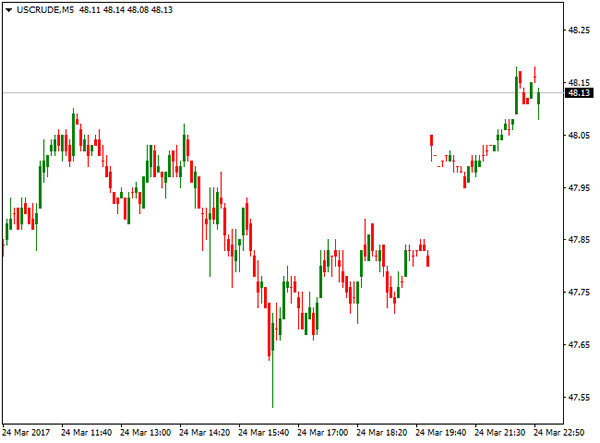 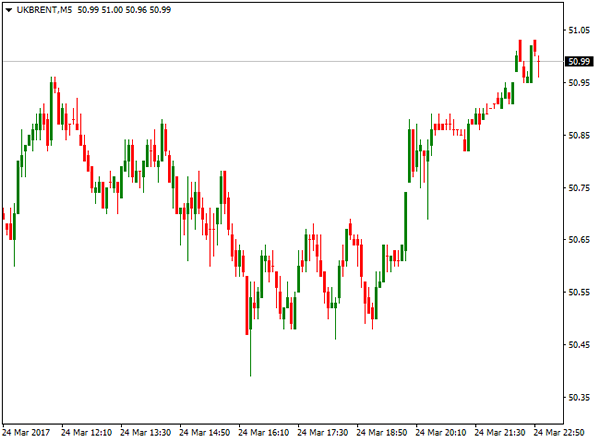 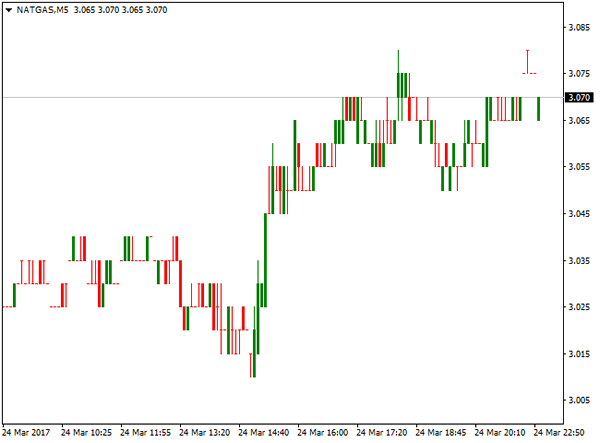 Spot gold benefited from weaker dollar last week and rose around$20 for the week. Increased risk-off sentiment in the markets came after Chicago Fed President Evans reinforced perception, introduced after Fed’s last policy meeting that the US central bank will not accelerate the pace of interest rate hike.Dovish stance from US policymakers about interest rates and global political uncertainty, triggered strong appetite for safe-haven assets. This was also one of the reasons why gold fell after Fed increased rates in mid-March, moving against logic that interest rate sensitive asset usually gets under pressure on increase of interest rates.

This time it was not the case. The US dollar has already seen quite strong rally before FOMC meeting and soft tone from the statement prompted investors to take their profits and send the greenback significantly lower across the board. Gold gained pace on such move and boosted by safe-haven buying, peaked at $1253, the highest traded since end of February and also ending the second consecutive week positively. Technical studies in bullish mode also support the rally, as gold is now not far from its short-term targets at $1260/63. Consolidation which is expected to precede next move higher, is likely to hold above supports at $1240 and $1230, as gold pulled back in late Friday after Republican leader in House of Representatives pulled Healthcare plan that was the one of top events of last week from voting, due to shortage of votes that temporarily boosted the dollar and sent gold prices lower.

Gold future contract for April delivery was up from $1226, weekly low, posted on Tuesday, to the highest traded last week at $1253, posted on Thursday. Strong bullish sentiment that pushed the price significantly higher persists, however, technical studies suggest consolidation in coming sessions.

Spot Silver remained in strong ascend last week, running from $1732 low to the high of the week at $17.72 on Friday. Bullish technicals maintain positive outlook for extension towards short-term target and technical barrier at $18.00.

Copper contract for May delivery ended week with loss of nearly 2%, as workers in world’s top copper mine in Chile agreed to resume work ending concerns on supply. Recent strikes and lower production in the biggest mines affected copper price that peaked at $2.6975 at the beginning of the week but reversed gains during the week, trimming gains in 2017.

Commodity markets are eyeing decisions of President Trump, regarding increase spending in infrastructure that has driven commodities significantly higher since November, after Trump highlighted this as one of his priorities after election. 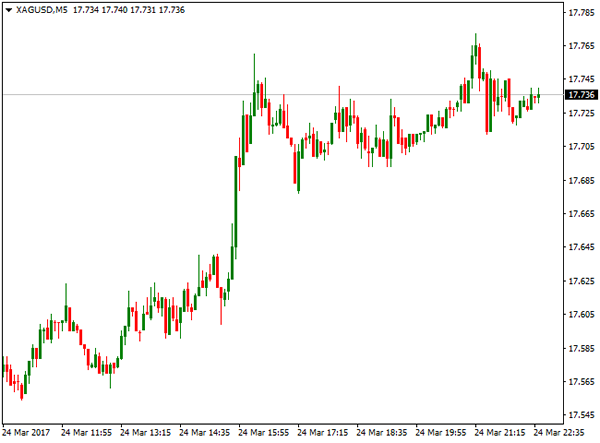 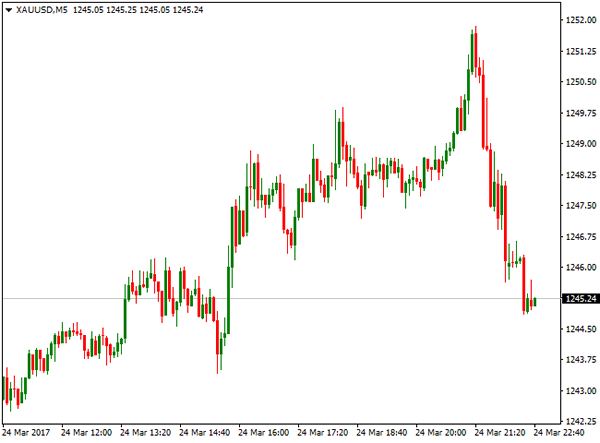 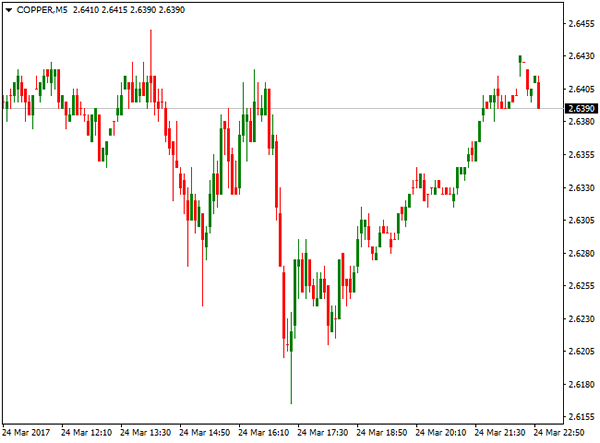 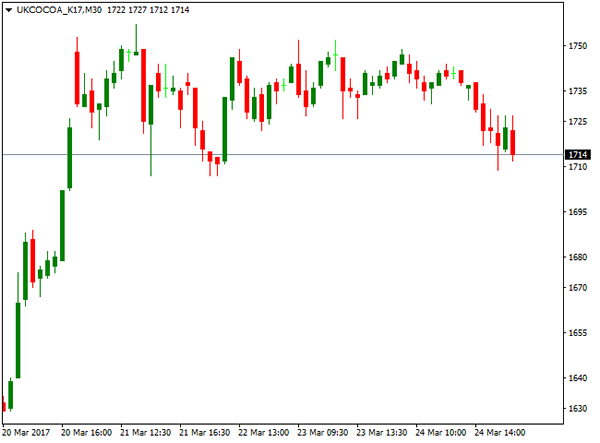 US Stocks fell significantly on Tuesday, with global stocks following and maintaining negative sentiment, rising concerns about President Trump’s pro-growth policies and signals that Increase in US interest rates is losing the pace, prompted investors into safe-haven Treasuries and Gold.

US benchmark indices were significantly lower on strong sell-off. S&P Contract for June delivery posted the biggest one-day loss since 11 Oct 2016, falling 1.2%, while S&P financial sector was down 3.1% on Tuesday.

Dow Jones contract for June registered the same losses, while Nasdaq100 June contract was down 1.5%.

Losses extended into Far East and European stocks on Wednesday, with Japan’s Nikkei 225 index being down on Wednesday and extended losses of 1.35% previous day.

From the US Indexes, Dow Jones and S&P 500 remained in tight ranges just above weekly lows, while Nasdaq100 was slightly higher at the end of the week. However, all three US benchmarks ended week in red.

Britain’s FTSE 100 Index also ended week in negative mode, on extension of pullback from previous week’s fresh all time high. FTSE was dragged by fall of global stocks and stronger British pound, but price action was also strongly influenced by terrorist attack in London, as well as growing uncertainty over Brexit, as official beginning of final divorce process is set for March 29, when UK PM Theresa May will trigger the Article 50.

UK airlines were among the first to be hit on EU warning that UK airlines may need to move their headquarters to Europe and sell their shares to European nationals if the want to continue to fly internal EU routes after Brexit.

This is the first sector of FTSE 100 that came at risk, however, other sectors may be hit by new EU’s deal for UK companies to operate in the union after Brexit. 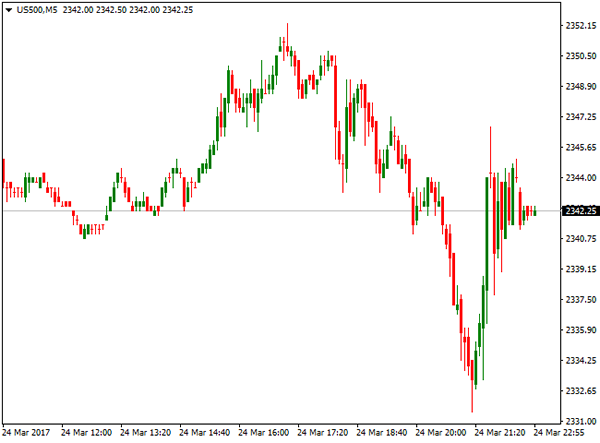 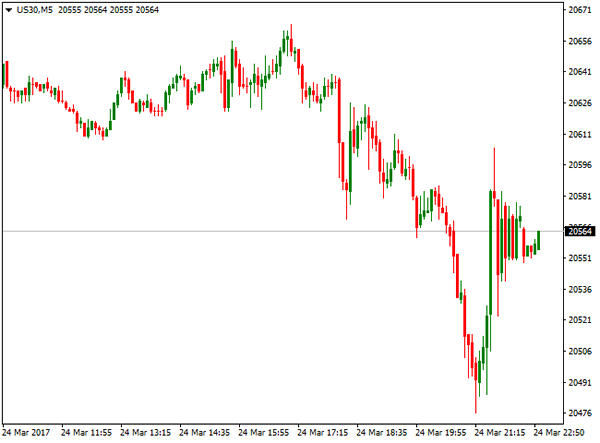 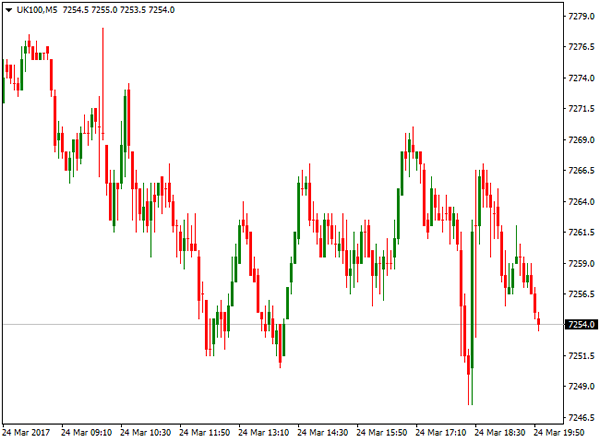 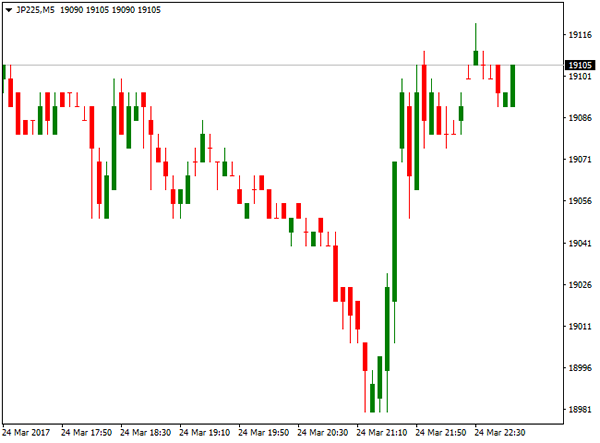 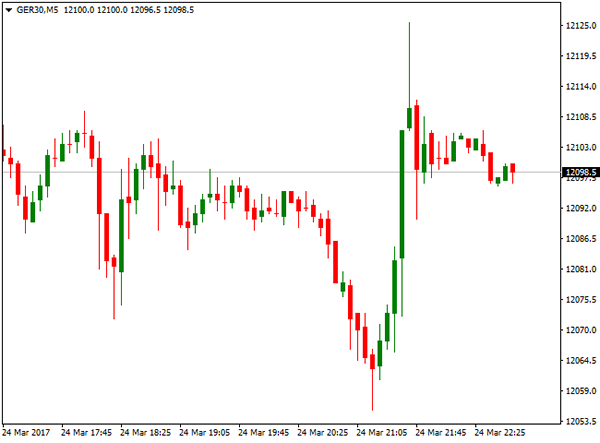 EURUSD ended fourth consecutive week positively and hit levels above 1.0800 barrier, the highest since early February. The single currency rallied strongly on Tuesday, gaining 0.65% for the day, after French presidential candidate Macron won the first TV debate. This has sidelined growing concerns about the victory of far-right candidate Marine Le Pen and fears of possible exit from the EU bloc that Le Pen highlighted in her campaign.

Bullish technical studies are supportive for Euro, with corrective actions expected to hold above strong supports at 1.0700 zone to keep bullish sentiment in play.

GBPUSD hit weekly high at 1.2530, remaining steady after London’s attack and being supported by weaker US dollar. The pair received strong support from upbeat inflation numbers. CPI rose by 2.3%, well above forecasted levels, marking the biggest annual increase in nearly 3 ½ years, pushed by global oil prices increase and the impact of Brexit vote.

The pound also enjoyed support on speculations that BoE may hike rates earlier after one of BoE’s policymakers voted to raise interest rates from record lows on growing inflation and UK economy’s resilient response so far on Britain’s decision to leave the European Union.

Sterling is now turning focus towards next week’s official start of divorce process from the EU.

AUDUSD came under pressure and fell around 1% last week and ended week in red after larger bulls were capped at 0.7647. Australian central bank said in minutes of March 7 meeting released on Tuesday, that risk is building in housing sector that was one of reasons to keep rates steady.

Current easing of the Aussie dollar could be seen as technical correction, as prevailing tone remains bullish, with the pair facing strong resistance at 0.7740 zone, where two attempts to break higher failed so far.

On the other side, solid supports at 0.7500 zone should keep consolidative phase limited to prevent risk of stronger correction.

Weaker US dollar continues to boost its Australian counterpart for now.

USDCAD managed to recover after strong fall earlier this week and end week positively. The pair traded within 1.3263 and 1.3408 range during the week and bounced from 1.3263 low, the lowest in past three weeks, hit by Canada’s stronger-than-expected retail sales data. Retail sales jumped 2.2% in January, well above forecasted 1.1% increase.

USDJPY ended the second consecutive week in red, as the dollar remains under pressure and investors moved into safe-haven yen on fresh risk-off mode.

The pair hit weekly low at 110.60, coming closer to its target at psychological 110.00 level, but further losses were so far on hold, as the pair faced strong technical support that so far counteracted broader bears.

Friday’s close was the first positive after eight straight days in red that may signal extended consolidation with upticks, before broader bears resume. 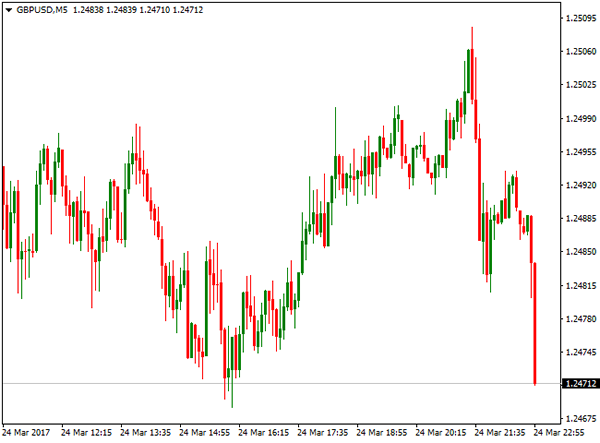 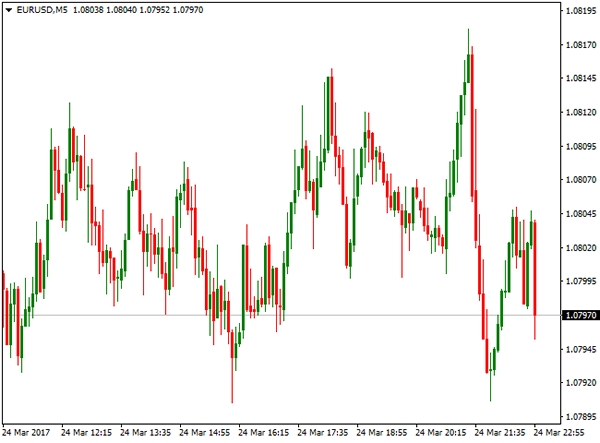 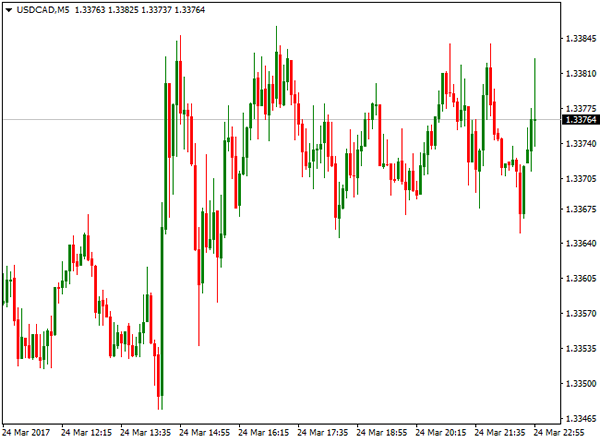 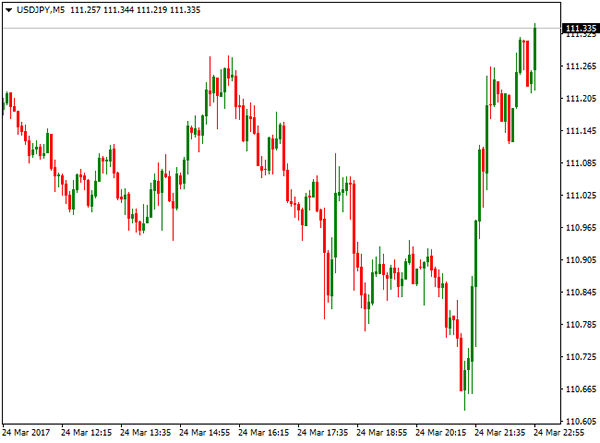 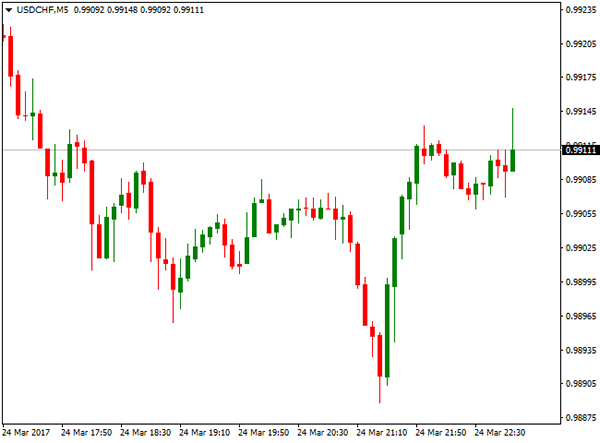 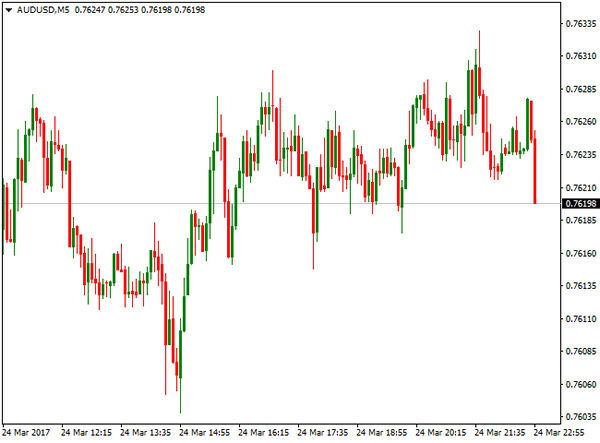