‘A record trade surplus shows that the surge in commodity prices is boosting nominal GDP. The most recent increases in the volume of exports implies that real GDP in the fourth quarter of last year at least may prove to be a bit stronger than we had thought’. -Paul Dales, Capital Economics

The number of Australian building approvals dropped in December after rising markedly in the preceding month, official data showed on Thursday. The Australian Bureau of Statistics reported building approvals fell 1.2% on a monthly basis in December, following November’s upwardly revised jump of 7.5%. Nonetheless, the December figure was better than analysts’ expectations of a 1.7% drop. On an annual basis, Australian building approvals decreased 11.4%. House building permits declined 1.6% month-over-month, whereas other dwelling approvals climbed 0.9%. The Australian construction sector is beginning to fade. However, so far it has experienced a rather slow decline in activity. In 2017, the construction sector is likely to see a rise of 212,000 new dwellings, according to the latest forecasts released by Commonwealth Bank of Australia. Meanwhile, the average house price is expected to grow just 5% in 2017 amid slow household income growth. Separately, the Australian Bureau of Statistics said the country’s trade surplus hit A$3.51 billion in December, compared to the prior month’s upwardly revised surplus of A$2.04 billion, while economists anticipated a decline to A$2.00 billion. As a result, the Kiwi rose to 76.30 against the Greenback, up from 76.00 seen ahead of the release. 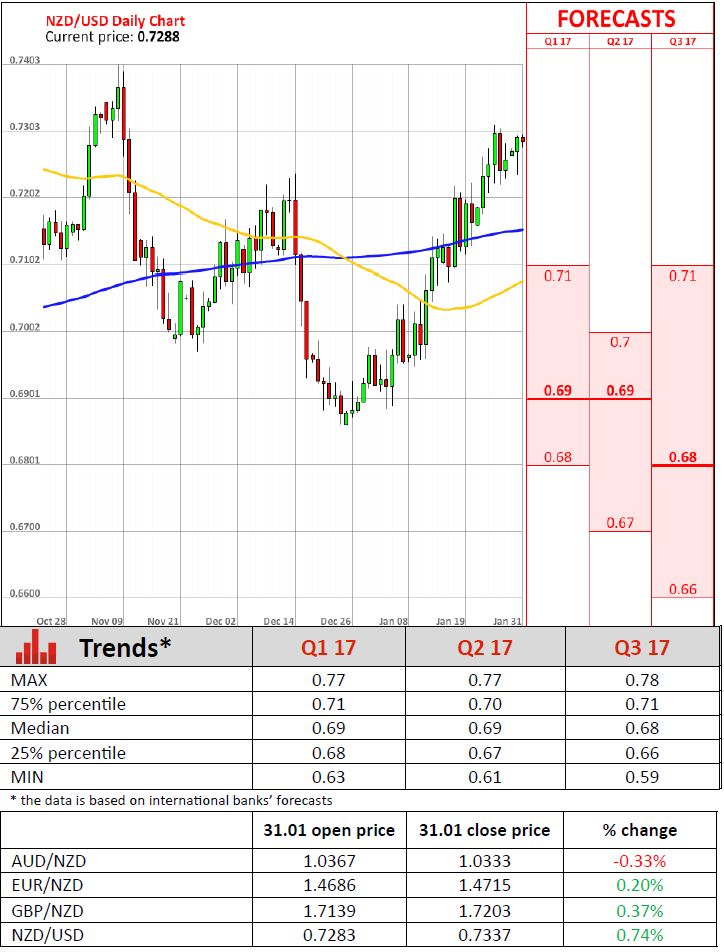