Data showed that Britain’s average earnings excluding bonus rose 2.6% on an annual basis in the three months ended January 2018, meeting market expectations and suggesting that the slack in the nation’s wage growth is finally diminishing. In the previous three months, average earnings excluding bonus had advanced by 2.5%. Further, the nation’s ILO unemployment rate unexpectedly fell to a 4-decade low of 4.3% in the November-January 2018 period, while investors had envisaged the unemployment rate to remain unchanged at 4.4%.

Additionally, employment in the UK sharply jumped by 168.0K in the November-January 2018 period, exceeding market consensus for a rise of 84.0K. Employment had registered an increase of 88.0K in the October-December 2017 period.

Trading trends in the Pound today is expected to be determined by the Bank of England’s interest rate decision, due to be announced later in the day. Investors would also eye UK’s retail sales data for February, set to release in a few hours. 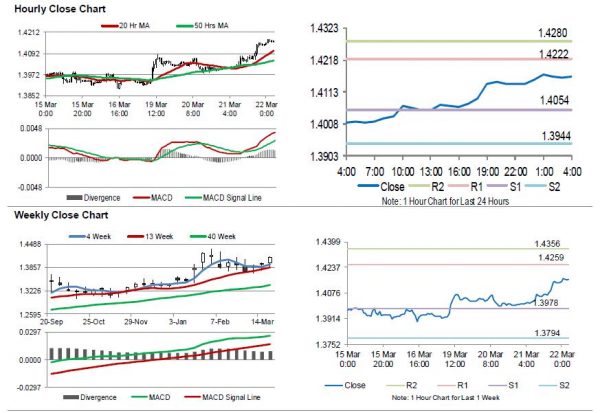