‘High costs and weak wage growth are sapping the strength of consumers, with rates of expansion in output and new orders for these (consumer) products slowing further.’ – Rob Dobson, IHS Markit

The Purchasing Manager’s Index for the British manufacturing sector dropped slightly in March, contrary to experts’ prognoses, who expected a modest increase. According to IHS Markit, the PMI tumbled to a four-month low of 54.2 on a seasonally adjusted basis. Nevertheless, this was still a good result for the manufacturing sector, as the PMI did not fall below the long-term average. One of the key contributors to manufacturing activity growth were exports, which became more competitive on the international market amid the sharp fall in the value of the Pound since the Brexit vote. Even though exports rose at a slower pace, they reflected the greater number of orders, which, in turn, pointed to high oversees demand and strong business confidence. In fact, business optimism in March reached a ten-month high, as 52% of the surveyed companies said they expected to see a surge in production during the next 12 months. Such positive prospect led to an improved hiring and overall employment improvement. However, inflationary pressures became more burdensome and higher raw material prices forced companies to charge higher selling prices. Incidentally, input cost growth in March was one of the fastest observed over the 20-year history of the survey. 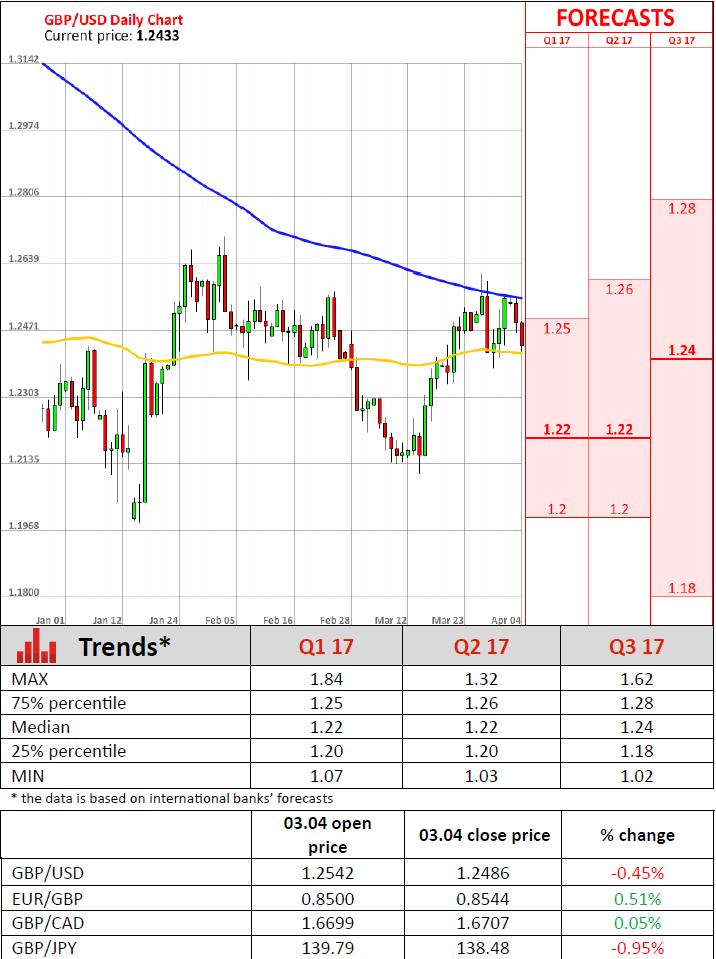