The Dollar index has been appreciating in an ascending channel pattern since the middle of September. The pair bounced off its lower boundary of the channel on September 20 and had since breached a one-month swing high at 95.84. The Dollar.IDX.USD opens above the weekly pivot point at 95.24 during Monday’s session. From a theoretical point of view, the next target for the pair will be near a resistance cluster formed by the weekly and the monthly PPs at 95.86. However, if the support level formed by the weekly PP at 95.24 is unable to hold, the pair will continue its downside movement and aim at the 50-hour simple moving average at 94.73 during the following trading sessions. 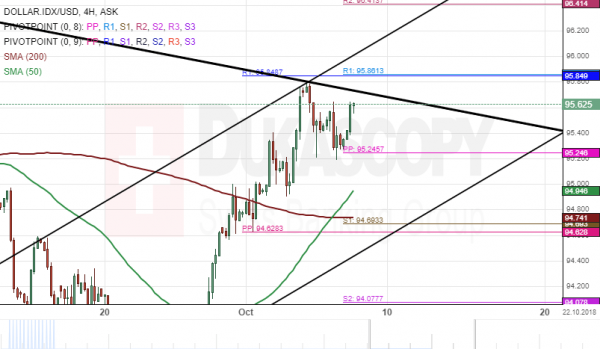