After trading as low as 1.1135, the Euro started a steady rebound against the US Dollar. The EUR/USD pair broke the 1.1175 and 1.1200 resistance levels to move into a short term positive trend. 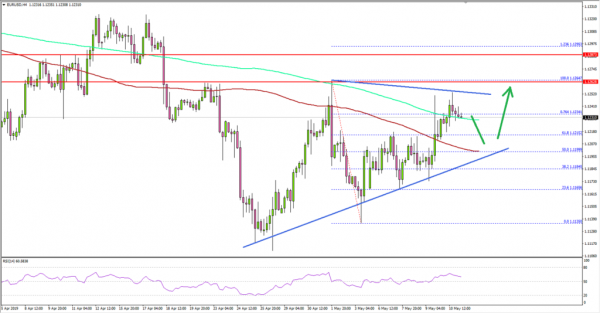 On the downside, there is a strong support forming near the 1.1200 level. There is also a major bullish trend line in place with support at 1.1195 on the same chart. If there is a daily close below the trend line and 1.1180 support, the pair could move back in a bearish zone.

Fundamentally, the US Consumer Price Index for April 2019 was released by the US Bureau of Labor Statistics. The market was looking for a 2.1% rise in the CPI, compared with the same month a year ago. 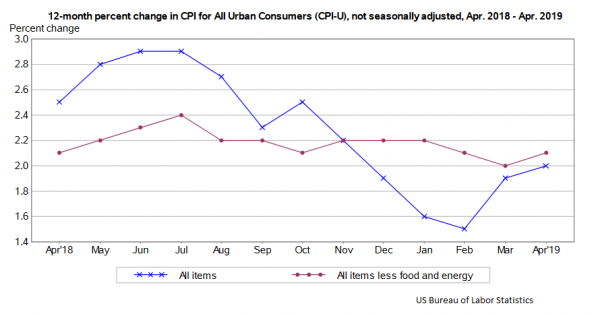 The index for all items less food and energy increased 0.1 percent for the third consecutive month. The indexes for shelter, medical care, education, and new vehicles all rose in April. The indexes for used cars and trucks, apparel, and household furnishings and operations were among those that declined over the month.

Overall, EUR/USD could continue to recover in the short term, but pairs like AUD/USD and GBP/USD declined below key support levels recently and are trading in a bearish zone.