Gold has also settled over the last couple of days as the initial panic has faded.

After approaching $1,300 at the start of the week – having taken some time to break $1,290, a stubborn resistance level – gold has taken a breather, albeit while barely paring gains along the way. The yellow metal looks caught in two minds at the moment, with the break below $1,280 – a major support level this year – failing to generate the downside momentum that you would typically expect. 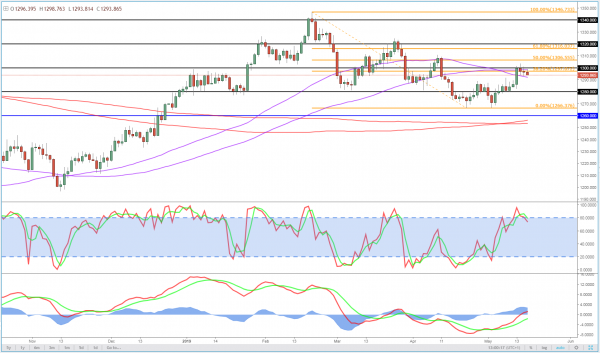 The rebound hasn’t exactly been convincing either though and looks highly dependent on risk appetite in the markets remaining weak. The recent correction in the dollar has also supportive for gold over the last few weeks but that could reverse course again, with the US still in a better position that many of its peers, particularly in defensive markets.

In the short-term, there doesn’t appear to be much support for a run at the lows. The last few days has barely seen price pare its gains and as you can see in the 4-hour chart below, it looks more like a flag than anything more which is typically bullish after a strong run. Whether we can make more substantial gains is another thing.

There remains plenty of resistance above though, with the area around $1,306-1,316 being particularly interesting. This falls between the 50 and 61.8 fib levels and contains the previous high. A break through here could be quite a bullish signal. 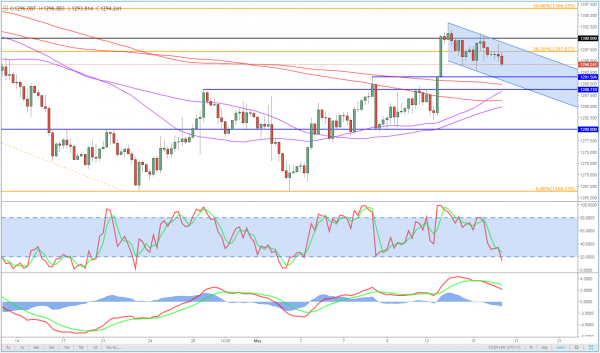