After hitting a resistance level formed by the weekly R2 at 1.5136 on June 5, the single European currency has depreciated about 1.04% in value against the Canadian Dollar.

As for the near future, it is likely that the EUR/CAD currency pair will edge higher during the following trading sessions. Bullish traders could aim for a re-test for the weekly R2 at 1.5136.

However, a resistance cluster formed by the combination of the 50-, 100– and 200-hour SMAs at 1.5057 could restrict the bulls from pushing the currency exchange rate towards the given target within this week’s trading sessions. 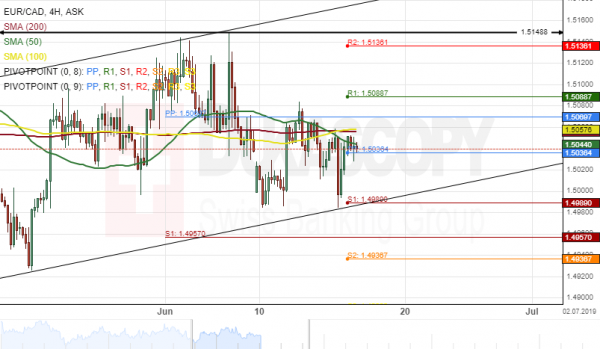