The Australian Dollar has continued to depreciate in a descending channel against the Japanese Yen. The currency pair decline by 1.31% in value during last week’s trading sessions.

The exchange rate was trading near a support cluster formed by the combination of the weekly and the monthly pivot points at 73.91 during the morning hours of Thursday’s trading session.

If this support cluster holds, a breakout through the upper boundary of the channel pattern could occur within the next 48 hours.

However, if the pair breaks the cluster as mentioned earlier, bears could drive the rate further south during next week’s trading sessions. 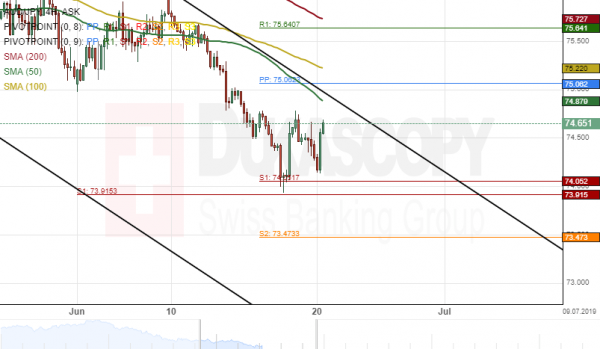