NZDUSD had found support for a three-wave correction as part of a bigger, bullish cycle. Support was found near the Fibonacci ratio of 61.8, at 0.657 region, from where a sharp rise occurred. This rally can be part of a minimum three-wave rally, that can target region beyond the 0.673 high. Also be aware of temporary pullbacks during current rise. 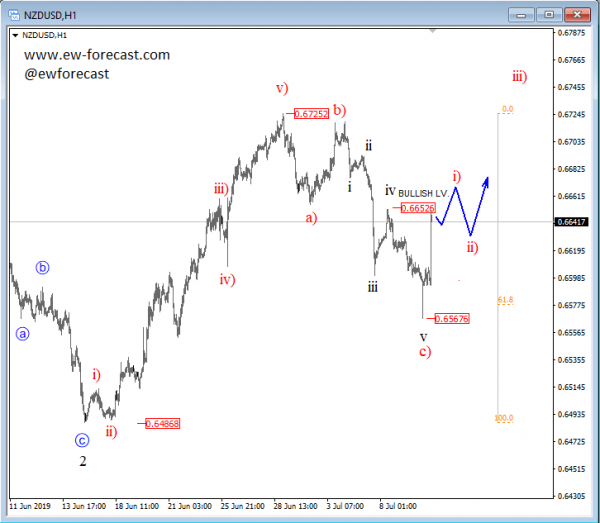 AUD/USD Outlook: Break Below 10DMA Would Signal End Of Recovery Phase And Reversal