WTI oil futures collapsed back down to the lower boundary of the nearly three-month trading range, registering a seven-month low of 50.51, before the bulls rallied back up to the 200-period simple moving average (SMA) on the four-hour chart.

The MACD and the RSI are also indicating some weakness but suggest a positive directional momentum is still in place. They are both in the positive region with the MACD above its red trigger line and the RSI slowly creeping higher towards overbought areas.

Overall, the short-term outlook remains bullish and a close above 58.79 would confirm that. Otherwise, a break below 53.50 level could shift the bias back to neutral. 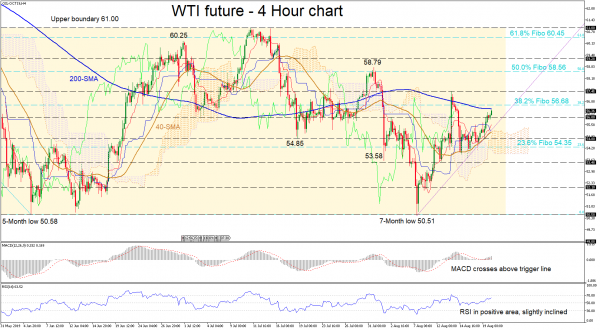